Producer Andrew Spraggon, aka Sola Rosa, begins his next musical chapter with the release of new long player, Chasing The Sun. Easily his most collaborative project to date, Chasing The Sun is an expertly crafted collection of the funk, soul and jazz influences that he’s been known for over his 20-plus year career, while further showcasing some of the best established and emerging musicians the world has to offer. 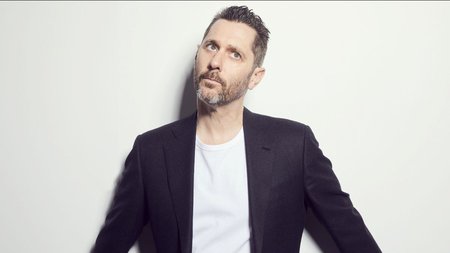 Andrew on collaboration; “In the early days Sola Rosa was a selfish studio project, but after the first few releases, I realised my limitations as a player, and writer, and started to collaborate with other musicians. Through this process I realised how much collaboration contributes to each release. Each player brings their own life experience, style and skillset which creates music that is far greater than the sum of its parts.”

This sophisticated 12 track collection is bursting with classics in the making, including the singles Searching For Love featuring Kiko Bun, powerful social commentary piece For The Mighty Dollar with Kevin Mark Trail and Sharlene Hector, and uplifting anthems Shine On and Something Good with Thandi Phoenix. On Chasing the Sun, Spraggon fully embraces string and horn arrangements and organically produced sounds, channelling the spirit of the 60’s and 70’s when funk and soul were ubiquitous, but offering no less than a timeless feel.

Says Spraggon on Chasing The Sun; “My M.O for this album was not to cut any corners. I wanted to take the time to get it right, and not bow down to external pressures. It was time to reconnect to the music I personally love and that I feel represents Sola Rosa. I like soulful, funky music, and that’s really the kind of album I wanted to make.”

Chasing The Sun is a perfectly produced and executed journey through the universe of soul, funk and everywhere in between. Album is out now through Kartel Music Group, physical distribution is courtesy of Border Music.