Sophie Mashlan Releases Bewitching Video for 'Let You Down'

Sophie's sound is steeped in folk, but also shines with a unique and refreshing blend of indie pop. 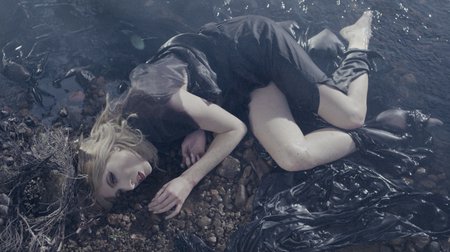 New Zealand singer-songwriter Sophie Mashlan has followed up the release of her indie-pop gem ‘Let You Down' with a beautiful and beguiling video.

The video is now on Australian music site www.hhhhappy.com. You can also watch it here.

The Auckland artist released the bold and catchy ‘Let You Down' on November 23. Listen/download here - iTunes / Apple Music / Spotify

The video was directed by local indie filmmaker Yonoko and produced by Zsofi Pictures.

"I'm really lucky to have worked with the team at Zsofi Pictures because not only are they an amazing group of creators but they're also good friends of mine," explains Sophie.

The video was filmed at a stunning private farm in Muriwai and features beautiful shots of the North-West Auckland landscape; its forests and lots of water!

And although the end product is nothing short of exceptional, Sophie says it was far from glamorous behind the scenes.

"I was also fanned vigorously with a clipboard for half a dozen takes by the assistant director Kyan, who was sweating and wheezing. Also, that water was cold. Like seriously cold. So I'm pretty sure there would be a blooper reel somewhere of me swearing, making an 'oh my god its freezing' expression, and walking around in about 300 towels on between takes."

‘Let You Down' is the debut single from Sophie's upcoming full-length album, which was recorded in Lyttelton with the legendary Ben Edwards, who has worked with the likes of Marlon Williams, Aldous Harding, Nadia Reid, Delaney Davidson and Tami Neilson.

"‘Let You Down' is an abstract representation of my feelings on a failed relationship," says 19-year-old Sophie. "I feel like it represents the way I write about things - metaphorically and without focusing on musical conventions, rather basing the sound on instinct and passion."