SORRENTO Partners With Andy Lovegrove on Summery Single ‘GETTING IT ON’

Aotearoa artist SORRENTO kick starts a new wave of fresh releases with a smooth groove-laden anthem, inspired by the laid-back sounds of the 70s, bringing an organically timeless feel. 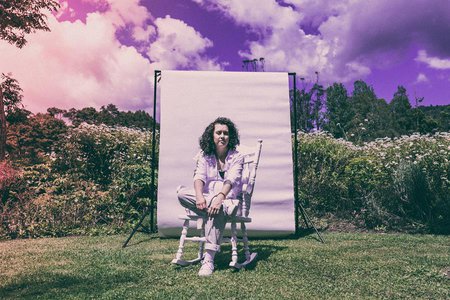 Bass-player extraordinaire behind the SORRENTO moniker – Marika Hodgson – provides the song’s ever-constant heartbeat, which expertly underpins the unmistakable vocals of Andy Lovegrove (Breaks Co-op), who also co-wrote and produced the single. ‘Getting It On’ has brought Lovegrove out of a seven-year hiatus, marking his first release since his 2014 album, ‘Sounds Familiar’. “I haven’t felt like this about a single since Breaks Co-op were about to release ‘The Otherside’, I got the spidery tingles that this was gonna connect with people in a big way” says Lovegrove.

Adding to Lovegrove’s heavenly vocals — which came to national attention on the 2005 award-winning Breaks Co-op single ‘The Other Side’ — is the work of celebrated jazz musician Nathan Haines who adds a transcendent flute solo to the mix.

SORRENTO expands on the creation of ‘Getting It On’; “This is one of my favourite songs in the world, it feels so timeless, I always felt like I was meant to be born earlier and playing music in the 70’s, and working on this track made me feel like I was living my best life! Andy is such an organic producer. His vocals are to die for on this track."

Producer and bass player Marika Hodgson aka SORRENTO has been busily contributing to the success of other award-winning albums since the launch of SORRENTO in 2018.

‘Getting it On’ marks the first of a string of scheduled releases for SORRENTO throughout 2022.

‘Getting it On’ is out NOW and available on all digital streaming platforms.