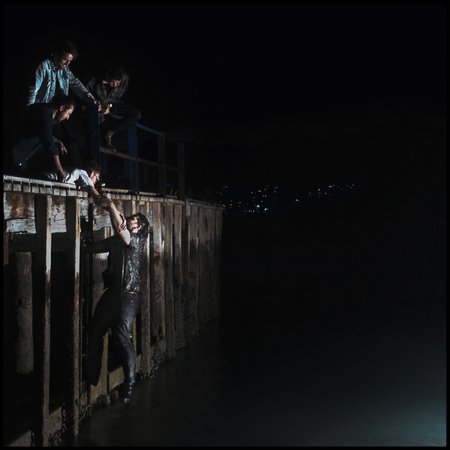 Lyrically, ‘Adolescence’ speaks to finding contentment in your current surroundings. Oscillating between the perspectives of a frustrated teenager and their adult self, the song is a call to not just accept but celebrate where you’re at, both in space and time. While not entirely autobiographical, the track is partly inspired by Mead’s journey of having a child at 17.

“I’ve spent a long time wishing I was older, or wishing I was somewhere else, and when I got there I realised I was still just wishing for something else,” says Mead. “Finding that moment of clarity can be truly life-affirming.”

‘Adolescence’ is available to stream on all digital platforms, and provides a taste of the band’s nine-track album, to be released in mid-2023.

To celebrate the release of ‘Adolescence’, Spirit Boy will play Christchurch’s Darkroom on Thursday 1 December, with support from Leah Kelsey and Holly Kimber. Tickets available from Under the Radar.

Shot in Lyttelton by Caleb MacDonald of Kita Films, the song’s accompanying video shows the joy of living in the moment. The video will be released on 1 December, to coincide with the band’s first headline show.