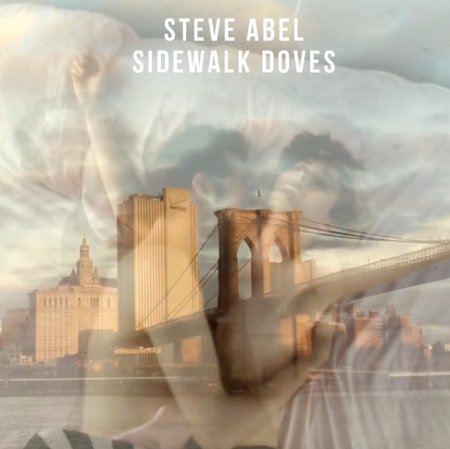 BUY THE SINGLE FROM: iTunes

The song was inspired by an early cut of Florian Habicht's (Pulp: A Film About Life, Death, And Supermarkets) New York-set film Love Story which won the Best Film award at the New Zealand Film Awards in 2011. The video for "Sidewalk Doves" was cut from footage of Florian's film.

"I was in New York recording when Flo was conceiving the film in 2009," says Steve. "When I saw the first cut of the film I went home and wrote this song in an instant. It's a super simple kind of frivolous pop song."

Abel is about to embark on a three-date South Island tour accompanied by Reb Fountain and Jonathan Pearce (Princess Chelsea, The Beths).

QUEENSTOWN
Saturday 14 November at Sherwood with Susan Alcorn (US)

Tickets are available now from Under the Radar

Abel is an Auckland born musician.

His debut Little Death was named 2006 Alternative Album of the Year and listed in the NZ Herald's Best Sounds of 2006. The album features the seminal Duet (Lonely I Be) with Kirsten Morrell, and the rollicking Sweetheart among many other heart-rending tracks.