After a 9 month absence TAINTED are taking their powerhouse live show on a barnstorming run across the country throughout September and October. 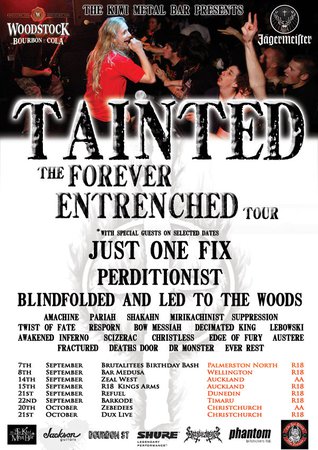 With a renewed energy and new material TAINTED is ready and rearing to
unleash their patented brand of metal to the nation once more.

Joining the mayhem will be Just one Fix (North Island) and Blindfolded
and Lead to The Woods (South Island) plus a horde of NZ's top acts from
around the country such as Deadboy Records latest signing
PERDITIONIST!!!