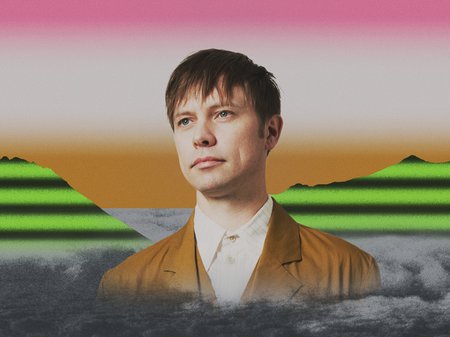 The tour will take place over the long summer, and see Tonnon and band bring their live show, which features electronic and organic instruments and a stunning light show, to a new set of centres around the motu, playing Palmerston North, Tauranga, New Plymouth, Hamilton, Waiheke Island, Mosgiel and Queenstown. The tour is the first since Tonnon’s album, Leave Love Out Of This won the 2022 Taite Music Prize this May, just after a five date tour of the main centres. In the months since, Tonnon was also nominated for the APRA Silver Scroll for ‘Peacetime Orders’- his fifth top 20 nomination since 2015’s ‘Water Underground.’

Known for his love of public transport, and role running Whanganui’s Durie Hill Elevator, Tonnon has also just received the New Zealand Geographical Society’s 2022 Honorary Geographer Award this week. In the spirit of Tonnon’s Rail Land series, there are also two shows - for Aucklanders and Dunedinites, that are reachable by public transport: by ferry to Waiheke Island and by Dunedin’s 77 bus, respectively. Tonnon, who grew up taking the #77, says he decided to return because he was drawn to the beautiful and under-appreciated 350 seat Mosgiel Coronation Hall.

Of the tour, Tonnon says: “We were lucky to get to do a special tour around the album release despite the pandemic, but by the end of it, we felt we were just getting started. This is a chance for the full band and I to take a show we’re really proud of to more people around Aotearoa. It will also be a chance to test some new songs and rarely performed older songs with the band too.I often claim it’s the age of the regional city, so I’m excited to take the full band where my mind is.”

Tickets for the tour go on sale Wednesday, November 30 at 9AM at anthonietonnon.com, though fans can gain early access by signing up to Tonnon’s mailing list at anthonietonnon.com/mail. Fans can also have a physical ticket designed by Daniel Alexander sent to them when they order a ticket and any Merchandise before Christmas.

Tonnon is currently touring in Australia in support of Slow Time Records founder and label mate Nadia Reid on her first tour across the ditch since borders reopened this year. Tonnon has also recently been announced as the support for Sharon Van Etten’s sold-out Wellington Opera House show on December 13. Completing an action packed summer, Tonnon will also make appearances at some of the country’s most-loved music festivals, including Splore, Welcome to Nowhere and Nostalgia festivals.

TICKETS on sale from Wednesday, November 30 at 9AM