Die! Die! Die! have always blended the perfect concoction of powerful and infectious post-punk, noise pop, shoegaze, lo-fi and punk rock. This signature sound is prevalent on their highly anticipated forthcoming album, This Is Not An Island Anymore, released in February 2022. 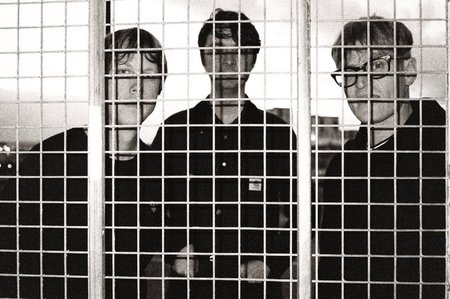 The first single taken from the album 'Losing Sight, Keep on Kicking' out today is an explosive anthem and, as the band describes it, "explores losing yourself and finding your Mauri".

The long-running core team of guitarist/singer Andrew Wilson and the furious drumming of Michael Prain have been going strong since their formation as Die! Die! Die! back in 2003. In 2018, the band welcomed bassist Lachlan Anderson back into the band full time.

Since recording their debut album with Steve Albini (Shellac, Nirvana, PJ Harvey) in Chicago in 2005, Die! Die! Die! have worked with producers including Shayne Carter, Nick Roughan (The Skeptics), Chris Townend (Violent Femmes), and have written and recorded albums in New York, Dunedin, London and rural France.
Their indispensable collection of records, and their intense and unflinching live show, continue to drive their connection with audiences across the globe. Both are a telling reminder of why Die! Die! Die! are one of the most enduring and unapologetic bands to ever emerge out of Aotearoa.