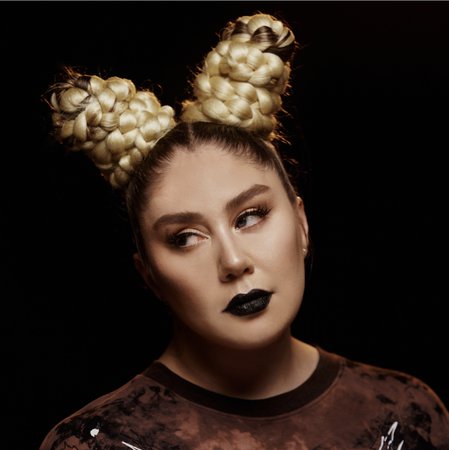 The warm and dreamy ‘Rangirara’ harks back to yesteryear and showcases Theia’s exquisite vocal range and impeccable attention to detail when it comes to melody and lyricism.

“This waiata takes its name from my late grandmother, ‘Rangirara’. But also in reo Māori, ‘rangirara’ means beyond the heavens and in this song I’ve used lots of metaphors referencing the sky, thunder and its manifestations,” explains Theia.

“I always listened to my kui’s stories about growing up in Port Waikato and she’d tell me about going to dances. I wanted to make this a song that I knew she would’ve danced to,” she adds.

Fittingly, the video for ‘Rangirara’ is shot at Te Kohanga Community Hall near Port Waikato – where her grandmother would attend dances as a girl. The haunting video captures the artist alone in the rural hall, which is rich in the region’s history.

“The day I shot the video, I was greeted by the hall’s caretaker, who it turns out is whanaunga. We sat together and she told me the history of the hall and how it had hosted many of my tūpuna wāhine for things such as meetings of the Maori Women’s Welfare League.”

Theia - whose real name is Em Walker (Ngaati Tiipaa)- is fluent in te reo Māori and holds a BA double majoring in Māori Indigenous studies and Te Reo Rangatira from University of Canterbury. She is a fierce proponent for the revitalisation of reo Māori and recently featured in an article in Rolling Stone Australia discussing this. Read here.

‘Rangirara’ is the third single from the upcoming TE KAAHU record. It follows ‘E Taku Huia Kaimanawa’ and most recently ‘E Hine Ē’, which debuted at #8 in the NZ Official Top 10 Te Reo Māori Singles chart, with adds on Radio One, Radio Activeand bFM.

Although TE KAAHU is seemingly a world away from the high-energy alt-pop vibe of Theia, there is an unmistakable strength and mana that runs through her work in both reo Māori and English. Theia is at the forefront of a new generation of young creatives in Aotearoa who are determined to smash through the glass ceiling.