Team Dynamite share their warmer side in ‘Dragon Fruit’ ft Louis Baker. The follow up to the group’s aggressive comeback rap track ‘Who?’, ‘Dragon Fruit’ reveals the more mature Team Dynamite, with the accompanying video showing friends and family that keep them grounded alongside stunning visuals from the great outdoors. 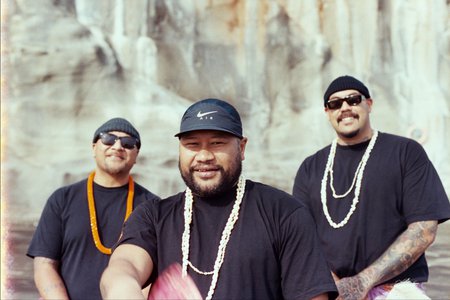 “Dragon Fruit represents the honourable and enjoyable ways that we live our lives, the essence of what fills our tanks and keeps us living a life of purpose,” says Lucky Lance.

Featured vocalist Louis Baker says that working with Team Dynamite has been on the cards for a while.

“I’ve known these guys for years, and have always admired their musicality and the intellect in their rhymes,” Louis Baker said.

“I wrote the lyrics on a flight from Wellington to Auckland and was led by the heartfelt chords in the demo they had sent me. It made me think about the power of music to connect, uplift and inspire, which is a concept that is always relevant, especially with the injustice and adversity that exists in our world today. People need love, and often we find that in the power of music.”

“For the video we really wanted something nice and light to compliment the song, we wanted something aesthetically pleasing and natural, to almost give the song new life. What we didn’t want was your classic rap video with your classic “rap hands” and I think Connor Pritchard helped us achieve all the above,” said Lucky Lance.

About Team DynamiteTeam Dynamite formed in the late 2000s after aspiring teenage MCs Lucky Lance and Tony Teez decided to take hip hop beyond their weekend freestyle sessions at a local park. An introduction to producer Haz Beats provided the beats they were missing, and suddenly Team Dynamite was a legitimate group, building a reputation for dance-floor friendly hip hop and becoming mainstays of the Young Gifted & Broke collective. The group released The Demo Tape in 2010, Shepherds Delight in 2014 and Never Again EP in 2015. They’ve collaborated with a who’s who of New Zealand music including Che Fu, @peace, Laughton Kora and Bailey Wiley. They dominated the 2015 Vodafone Pacific Music Awards with no less than four nominations, going on to win best video for ‘Coconut Lime’ from Shepherds Delight.Their high energy live show saw the group play major festivals including Homegrown and Rhythm & Vines, and be invited to support Ladi6 on a nationwide tour, as well as supporting international acts - sharing the bill with DJ Premier and Pete Rock was a highlight.Team Dynamite went quiet for the last few years, with just a couple of singles to keep fans intrigued. They’ve focused on other projects - music and otherwise. Tony is a youth worker, Lance has a clothing brand and Haz continues to make beats and produce music, notably for Avantdale Bowling Club and Miloux, as well as touring with the re-formed Home Brew.Finally, Team Dynamite are back, with their first full length album since Shepherds Delight, to be released later this year on Years Gone By Records.