It’s true! One of Aotearoa music’s greatest success stories of the early 2000s is back and they’re about to shake up your summer. 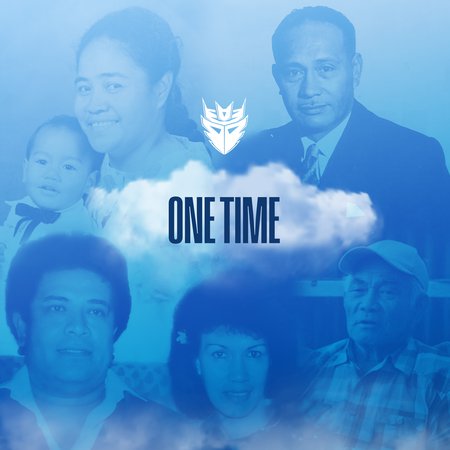 Today, the legendary Deceptikonz – AKA Mareko, Savage, Frisko & Devolo - have dropped ‘One Time’. Their first track in nearly a decade is a heartfelt and moving anthem that’ll bring a tear to the eye.

“‘One Time’ is a tribute song dedicated to loved ones who have gone before us.  The people that played a pivotal role in our lives by instilling values which we hold true, through love and respect for one another, which we feel a lot of people can relate to”, saysSavage.

“If we could all have one more moment with them to show them how much they impacted our lives and express our gratitude, I know we would all take that moment if it were possible.”

And for the cherry on the top - the famed south Auckland quartet have also just announced they’re following it up with a full length Deceptikonz album, IN PERPETUITY, out on Friday, December 9 and then a documentary on December 16.

“We started the process of this album in 2020 and when the pandemic hit, well everything got locked down and so the struggles it took for us to even be able to record together was mostly done online as half of us live in Brisbane and the other half in Auckland,” Savage says of the great lengths the group has gone to, to bring this album to the light.

The album was eventually recorded at Roundhead Studios in Auckland and features an impressive cast of ‘who’s who’ in Aotearoa music, including producers Smokey Got Beatz, Dei Hamo, Sick Drums and more, alongside artists such as David Dallas, Che Fuand Tigilau Ness and SWIDT. But the most special feature, says Savage, “is our kids, who feature on ‘One Time’ and also on the track ‘Carry On (Pass The Torch).”

Originating from Manurewa, Deceptikonz shook up New Zealand with their unique style of hip-hop. Their debut album ELIMINATIONgained them international recognition and set them on a path to dominance on the local scene with 2006’s mixtape WE BACK MOTHERF#%@ers VOL 1 in preparation for their sophomore album, HEAVY ROTATION. 2010’s EVOLUTION: PAST, PRESENT BEYOND followed and Deceptikonz played their final show as a collective on July 10, 2010 at The Studio in Karangahape Rd before they going on to continue solo endeavours.

Today’s release of ‘One Time’ is truly a momentous occasion, which will delight not only Kiwi music lovers but fans of hip-hop the world over. Stay tuned for the release of the album IN PERPETUITY and be part of history in the making.