World renowned, multi-platinum, award-winning artist Alisa Xayalith of The Naked and Famous has today released her greatly-anticipated debut EP SUPERPOWERS, along with the honest new single ‘Devil I Know’. 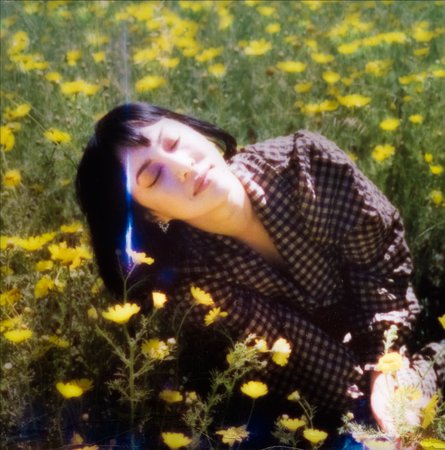 Listen to SUPERPOWERS HEREDreamy, moody, and romantic, SUPERPOWERS carries a sense of liberation and exploration; it’s soft, bold, empowering and reflective all at once. From upbeat and hook-laden songs such as ‘High Fidelity’, to meaningful and heartfelt tracks such as ‘Too Late’, which is about trying to move on after losing the love of your life, the EP explores a new sonic palette while diving into incredibly moving subjects with flawless songwriting. As Alisa’s first body of work to be released as a solo artist, SUPERPOWERS has been a personal journey of figuring out a new sense of identity.“This body of work was a lesson in gaining a new found confidence in my artistry, battling with my imposter syndrome head on and learning how to trust my intuition,” says Alisa.Also out today is the focus single ‘Devil I Know’. An upbeat piece of dreamy pop perfection, to its core the track is honest, reflective and personal. Written as Alisa was coming out of a low point after making the last Naked and Famous album RECOVER, ‘Devil I Know’ dives deep into the emotions and experiences of the time.“I was mentally and creatively depleted; depressed and anxious,” reflects Alisa. “The creative process made me question whether I wanted to continue the band or not. I decided to take a break and decided to take care of my mental health. The lyric “I think I’m better alone than with the devil I know” is about trying to abandon and let go of triggers that lead me to toxic situations, making me mentally unwell.”

Listen to ‘Devil I Know’ HEREMade with support from NZ On Air, SUPERPOWERS features the previously released singles ‘High Fidelity’, the title track ‘Superpowers’ and the lush, spacious single ‘I’ll Be There’. Watch the video for ‘Superpowers’ HEREAfter a decade of internationally touring in over 25 countries, performing at festivals from Coachella to Bonnaroo, and collaborating with artists around the globe, former front-woman of The Naked and Famous Alisa Xayalith has now begun to explore her own sense of musical identity. Today’s EP showcases a powerful vulnerability, with Alisa giving a shout out to the “six dogs I fostered with The Real Bark during the making of this EP over the last two years - this process would not have been possible with their emotional support.”Dive into the SUPERPOWERS EP and connect with Alisa through her music. As she says, “like every artist, I hope people find themselves in this collection of songs.”

Born to refugee parents who left Laos from the overspill of the Vietnam war, Xayalith is one of seven children. While Xayalith faced many hardships in her childhood, one of the hardest was dealing with the loss of her mother at just seven years old – something, she says, has had an ‘immense impact on her’ as a human being. Her father later remarried, which added more layers to an already complicated life that the young Xayalith built a resilience to ‘survive’. But, she says, it is this resilience and determination that has carried her through her career. Music has always been her escape. Seeking it out through school choirs, vocal groups, musical theatre – then, at thirteen, learning to play the guitar, and write her own songs. The decision to pursue it as a career came when she returned to New Zealand after a year overseas. She enrolled in music school, which is where The Naked and Famous’ story began. Over 850 shows later, recognition around the world, and records we know and love, we now get to experience the beginning of Xayalith’s solo story.