The Phoenix Foundation Releases New Single "Beside Yourself" With Fazerdaze

The Phoenix Foundation have now extended the arm of friendship to fellow Wellingtonian and dream-pop-star Fazerdaze for new single 'Beside Yourself’ off the upcoming digital release of the Life Boat EP. 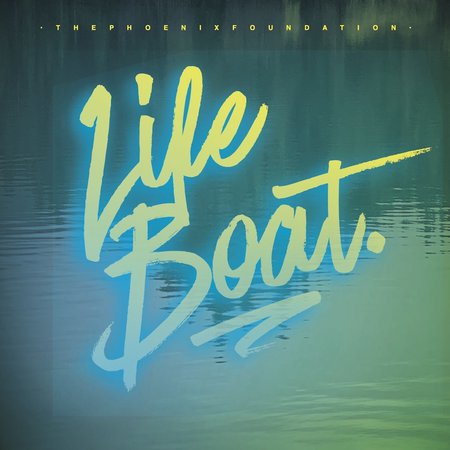 The group have now extended the arm of friendship to fellow Wellingtonian and dream-pop-star Fazerdaze for new single 'Beside Yourself'.

"I really enjoyed working with Samuel on this track. We recorded the vocals one morning at his place after we drank green juice and joked about how bougie and salubrious we were. It was special for me to see the inner workings of their creative process while they were still in the thick of their new material. Really chuffed to have this track out now, I've been a massive fan on The Phoenix Foundation for years.”

The Phoenix Foundation have lived many lives. From high school distortion addicts to indie folk trippers to masters of motorik dream pop, releasing 7 albums over the course of nearly two decades. They are also known for their soundtrack work, most notably for Taika Waititi's Hunt For The Wilderpeople.

Their last album, 2020's Friend Ship, was a collection of masterfully crafted songs, beautiful and often tender, sometimes rooted in immersive and dreamy ambient soundscapes. It’s also captured the strangeness of the modern world. “These themes of modern anxiety started to emerge in my songs,” says Samuel Flynn Scott . “The album is sort of a post-apocalyptic love letter from the future to the present. Looking back into the past for that sense of human connection we have lost in our screen-based existence."