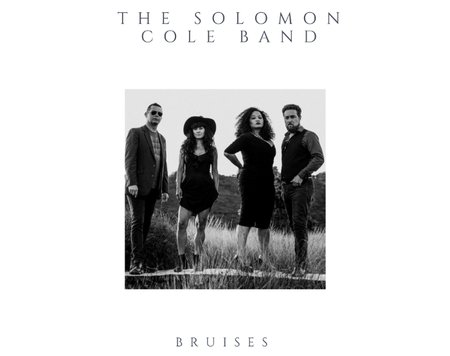 Bruises is a collection of explosive and exalted blues and dark, soaring soul-based songs landing somewhere between The Black Keys, Mark Lanegan and even Led Zeppelin.

Case in point is lead single ‘Ring Your Bell' - a driving blues track with an instantly engaging electric guitar riff. Tongue-in-cheek lyrics set the scene as the soul inflections of vocalist Sophia Faalogo seal the deal, invoking the likes of The Jon Spencer Blues Explosion, ZZ Top and Tina Turner.

In the past 18 months since their inception, the SCB have supported Martha Davis & The Motels, opened New Zealand Fashion Week 2015, headlined 2 nights at Okere Falls Beer Festival plus delivered many sold out nights at venues on Waiheke Island.

The album was mixed by veteran NZ engineer Nick Abbott (Goldenhorse, The Datsuns, Crowded House) upon his return from LA. Nick states, "Bruises is a monument to a scene, a freedom and independence. Long may it continue."

Bruises is to be released via Aeroplane Music Records and will be available for purchase from iTunes, Bandcamp and all good digital outlets. Physical copies will be purchasable from Bandcamp and live shows.

The SCB will celebrate the album release with the following shows: