The Tuari Brothers today announces their new EP album titled RONGO, due for release early next month. The announcement comes after the high appraisal and success of their second single to be recently released this year. 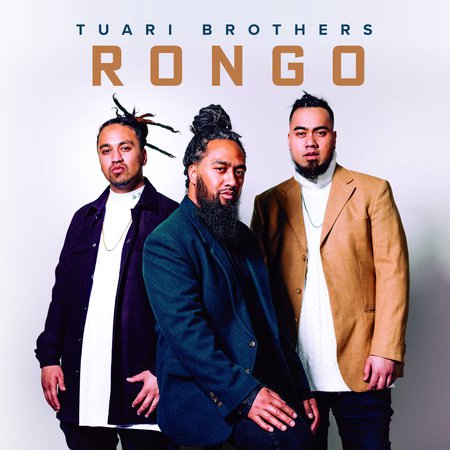 RONGO is the trio brothers first EP album with a total of 5 songs that speaks to the many facets of Rongo (God of Peace). RONGO is a kaupapa that has been inspired by the Tuari Brothers desire to encourage tamariki and rangatahi Māori to take heed of the teachings from the realm of Rongo. That being self-care, reflection, self-determination and manaakitanga.

“We wanted to create something that our kids, nieces and nephews can see themselves in and jam throughout the Christmas holidays.” says lead vocalist, Hamiora Tuari. Each song reflects a different energy, sound, nuance and genre – but in a very Tuari Brothers type of way.

Co-produced by the Tuari Brothers, multi-award winning producers and composers, Matt Sadgrove (Sons of Zion), Sam Eriwata (Sons of Zion), and Christian Mausia (Brass 4Sho), this EP fuses together Māori music nuance with Pop, Hip Hop, RnB, Reggae, Gospel and a sprinkle of Disney magic. The sessions for RONGO took place out of No Filter Studios and has been mastered by award winning engineer Chris Chetland from Kog Studios.

Supported again by Te Māngai Pāho, RONGO includes the Tuari Brothers recently released singles ‘Tuari ki te Ao’ and ‘E Tama.’ RONGO will be released across all platforms on Friday 02 December 2022. The Tuari Brothers will also showcase previews of each track over the next week across their social media platforms.

For any media enquiries please make direct contact with Ani-Piki Tuari. Her details can be found below.