'Pent up rebellion against a society that is systemically broken' is what inspired this angsty new surprise track by VÏKÆ. 2020 has provided its fair share of wins for this young artist but equally, like for many others, its fair share of falls. WIth a pandemic seeming like a strange time to make a musical career debut with her EP FINELINES released only a few months ago, VÏKÆ says there couldn't be a better time to keep releasing new music; recognising the never ending need for escapism. Writing this song allowed the artist to process overseas political campaigns, necessary worldwide movements and 'the new normal'. 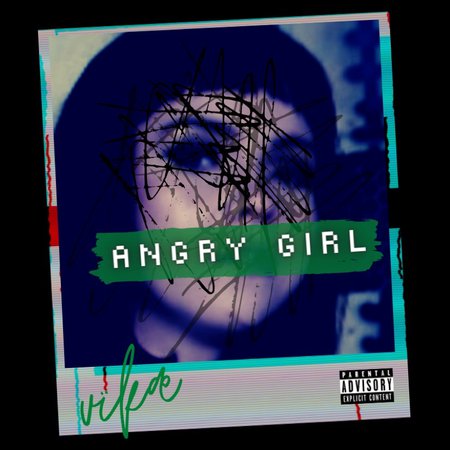 Desperate to not dissipate into the debris that seemingly keeps falling in the wake of a tumultuous 2020, releasing this 'surprise' single seemed to be a no brainer.

Angry Girl was produced and engineered by long-term collaborator and mentor Abigail Knudson and is accompanied by an outrageous music video which sees the young artist performing the song middle of Auckland's busy Cornwall Park.

Auckland based industrial 'goth' pop artist VÏKÆ is hot off a debut EP release (FINELINES). The same-titled lead single debuted at #5 on the Official NZ Chart Hot 20 and has had honorable mentions on the SRN Network charts and the Radio One 91 FM Top 11 (14wks and counting). The total number of songs from the EP which feature on either the Hot 20 or Top 20 in the NZ Official Charts is a total of 3. Produced by Abigail Knudson and engineered by Rich Bryan, FINELINES has been warmly received amassing 100s of 1000s of streams in a short matter of time. VÏKÆ just completed a nationwide tour with Christchurch artist PRINS. This summer VÏKÆ sets off on a mini tour of the South Island landing spots at festivals: BassCamp (Invercargill), Mix Festival (Oamaru) and Baydreams (Nelson).