WHANGAMATĀ BEACH BREAK HAS BEEN POSTPONED

ARTISTS, SUPPLIERS, VENUE, PRODUCTION AND STAKEHOLDERS ARE WORKING TOGETHER FOR A RESCHEDULED DATE 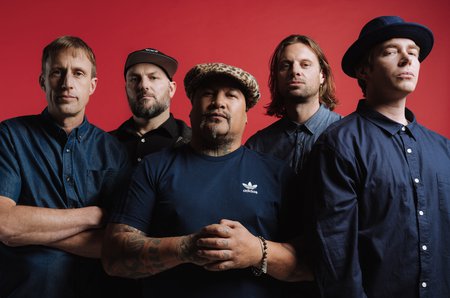 All tickets previously purchased from authorised outlets remain valid for the rescheduled show without the need for exchange. Patrons unable to attend the new date can obtain a refund from the point of purchase once the new show date is announced.

Due to strong Easterlies and heavy rain warnings, with extremely heavy hearts, the mighty Shapeshifter, today announces their inaugural summer festival Beach Break Whangamatā, which was due to take place this Auckland Anniversary Weekend 2023, has been postponed. A new date will be set for this event and all tickets will remain valid for the new date.The band was scheduled to perform alongside Ocean Alley from Australia, plus local acts, My Baby, Masaya and Flaxxies, this Saturday, January 28th, at Williamson Park Whangamatā.Shapeshifter today has said: "Gutted, frustrated, and in disbelief are just some of the emotions we are feeling at today's announcement. We ask our fans for their support in this difficult time by holding on to their tickets for the rescheduled date” The announcement comes after having to cancel the band's Matakana performance two years in a row and is a devastating blow to the beloved Aotearoa live drum n bass act, all the artists, promoters, crew, staff and everyone involved in putting on such a mammoth event.