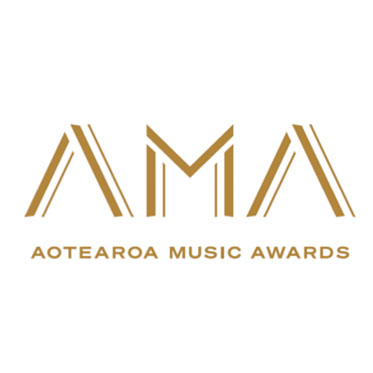 The Mana Reo Award is new to the Tui line-up in 2020, recognising albums or singles (of studio or live performances) with at least 50% te reo Māori content.

The finalists for Te Māngai Pāho Mana Reo Award are Maimoa, Mōhau and SIX60, for their celebration of te reo Māori and commitments to Te Ao Māori in their music.

The finalists for Te Māngai Pāho Te Kaipuoro Māori Toa are Maimoa, Ria Hall and Stan Walker, recognising their work over the last year and their contributions to Aotearoa music.

The two awards will be presented at the Aotearoa Music Awards, which are taking place on Sunday 15 November and will be broadcast live on The Edge TV, Three and ThreeNow.

Nominated for both awards, Maimoa are a collective of young Māori musicians with a passion to promote te reo Māori through music. Their goal is to help normalise the use of the Māori language in everyday life, empowering people to express themselves in the first tongue of Aotearoa.

Their album Rongomaiwhiti features 11 songs with a focus on embracing identity and expression through language. Their waiata ‘Whāia’ is also nominated for the 2020 APRA Maioha Award, which recognises contemporary Māori songwriting.

Her latest album Manawa Wera aimed to capture the essence and mana of Aotearoa reggae, drawing inspiration from the likes of Steel Pulse, Bob Marley, Sly and Robbie and Herbs while remaining a uniquely Ria Hall record.

Kiwi icon of music and television Stan Walker returns as a nominee for Te Māngai Pāho Te Kaipuoro Māori Toa after hosting the awards in 2018.

He has released numerous singles in the last 12 months, including the most recent ‘Bigger/Tua’ (released in both te reo Māori and English).

‘Bigger/Tua’ looks at his whanau and whakapapa and his hopes for the future generations, while showing his dedication to upholding and prioritising Māori language and audiences.

He is currently finishing up his first live album and will be releasing his memoirs Impossible: My Story in October.

Made up of eight waiata whakamoemiti (gospel songs), the songs were composed entirely in te reo Māori and were recorded in a single take at Parachute Music studios as a joint effort between InDigiNation Music, Parachute Music and Oati. The live visual album was then released in December 2019 with the audio released to the world a month later in 2020.

Finally, SIX60 are nominated for the Mana Reo award for their contribution to the collaborative album Waiata / Anthems.

It has accumulated over 3 million streams on Spotify, and the band performed ‘Kia Mau Ki Tō Ūkaipō’ on their 2020 Summer Tour, playing it in front of over 130,000 fans with full Kapa Haka backing.

Recorded Music New Zealand CEO Damian Vaughan says the reintroduction of the Mana Reo award was an important category to bring back, with the number of recordings in te reo Māori needing to be recognised and celebrated.

“Acknowledging the importance of te reo as a cornerstone of our culture, our heritage and identity, we were very pleased to note that we received a massive amount of entries in this first year which shows the number of our artists recording their waiata in te reo Maori,” says Vaughan.

“We should be proud of all these finalists and the many other artists and initiatives bringing te reo Māori and Te Ao Māori to the forefront of our national identity.”

The winner of the 2020 Te Māngai Pāho Te Kaipuoro Māori Toa and Mana Reo Awards will be announced at the Aotearoa Music Awards | Ngā Tohu Puoro o Aotearoa. The event will be taking place Sunday 15 November at Spark Arena and will be broadcast live across Edge TV, Three and ThreeNow.

About Recorded Music New Zealand: Recorded Music NZ is a non-profit industry representation and licensing organisation for recording artists and their labels. It divides its services into three main areas. The Member Services team delivers projects including the Aotearoa Music Awards, the weekly Official NZ Top40 Charts and the Music Grants programme. Recorded Music NZ’s licensing division administers broadcast and public performance licensing either directly or through its joint initiative with APRA called OneMusic. The Pro-Music team is dedicated to protecting and promoting the interests of artists and labels across the New Zealand recording industry.
https://www.recordedmusic.co.nz/

Through its “MusicHelpsLive” appeal this year, the charity has provided over 500 emergency grants to individuals and music businesses whose livelihoods have been shattered by the Covid-19 crisis. It also provides vital support including medical treatment, counselling and hardship assistance to kiwi music people and their families in times of crisis.

About MediaWorks:  MediaWorks is New Zealand’s largest independent broadcaster, reaching 4.29 million Kiwis through its TV, Radio and Digital platforms. The company owns and operates television channels Three, Breeze TV and The Edge TV; radio brands The Edge, The Rock, More FM, The Breeze, The Sound, Mai FM, George FM, Magic, Magic Talk and rova; a network of websites including newshub.co.nz and ThreeNow, and a family of mobile and tablet apps. MediaWorks’ entertainment and news brands and people are household names, with loyal, highly engaged audiences. www.mediaworks.co.nz