APRA AMCOS is proud to announce that Douglas Lilburn will be inducted into the New Zealand Music Hall of Fame at the 2014 APRA Silver Scroll Awards. 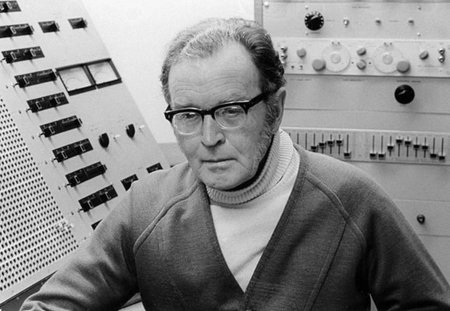 "Douglas Lilburn occupied a pre-eminent position in New Zealand. His music, from the early nostalgic canzonas to his electro-acoustic images, has a strong emotional appeal. It acknowledges the richness of a predominantly European musical heritage while finding a distinctively New Zealand voice." - Peter Walls, former Chief Executive of the New Zealand Symphony Orchestra

From his award-winning debut in 1936 with tone poem ‘Forest' Lilburn's influential compositions have been at the forefront of innovation in New Zealand classical music. His works are intrinsically bound to New Zealand's surroundings and culture. During his career that spanned over fifty years, Lilburn has shown concern for capturing the ambience of New Zealand's people and places, as well as a desire to pass on knowledge and inspire musical innovation through his work with Victoria University of Wellington, the Alexander Turnbull Library and in his establishment of Wai-te-ata Press. Lilburn showed a dedication to the development and continuation of classical music in New Zealand; his death in 2001 was a significant loss to the musical community of Aotearoa.

"The pattern of our landscape and sea coasts, the changing of our seasons and the flow of light and colour about us... all these things show patterns of movement and characteristic rhythms. And these things in a subtle way affect our manner of living and I believe that they impress themselves on our minds in a way that will ultimately give rise to forms of musical expression."- Douglas Lilburn

Lilburn will be inducted into the New Zealand Music Hall of Fame posthumously, as a part of the 2014 APRA Silver Scroll Awards. The award will join a list of accolades already collected by the composer, including an honorary doctorate of music from the University of Otago in 1969 and the Order of New Zealand, awarded in 1988.

The Silver Scroll Awards will be held at Wellington's TSB Arena on Thursday 30th October. The awards will be streamed live on NZ Herald Online bought to you by Yealands Family Wines.