Celebrating the Winners of the 2020 Pacific Music Awards

Despite delays and challenges created by COVID-19, the Pacific music community celebrated another year of outstanding music at the 16th annual Pacific Music Awards. The event was pre-recorded due to COVID-19 restrictions and aired as an online presentation this evening. 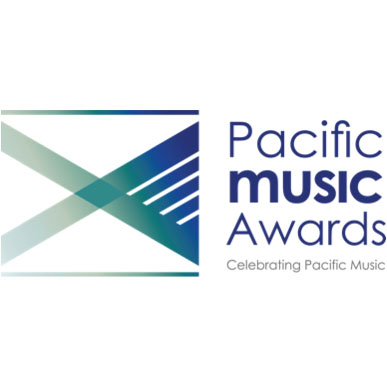 Singer songwriter Olivia Foa'i of Te Vaka and ‘Moana' fame celebrated with three awards of her own, recognising her tremendous success as a solo artist.

The legacy of the late Fijian guitarist Daniel Rae Costello was honoured with the Manukau Institute of Technology Lifetime Achievement Award. Costello's music captured many hearts across the Pacific and the world, with strong influences by the Caribbean sound.

Taking a break from his work with the EFKS Te Atatu Junior Youth Choir, Lani Alo embarked on a solo career with the release of his first single ‘Alo I Ou Faiva', which won APRA Best Pacific Song and the 531pi Best Pacific Gospel Artist.

This year saw success for Josh Nanai - or Jawsh 685 - a 17-year-old producer from Auckland who's catchy ‘Laxed - Siren Beat' went viral on social media platform TikTok before being picked up by US pop star Jason Derulo - and more recently remixed with Korean Pop sensation BTS.

Chairman and spokesperson Rev. Mua Strickson-Pua says: "2020 Pacific Music Awards again travels new oceans of richness of Diversity and Inclusivity mirroring the Pasifika Wairuatanga spirit of overcoming life struggles and giving back to loved ones from Atua/God to sacred Tupuga Tupuna/ancestors. Each Finalist and Winner is a living example of Resilience and Hope worthy of honouring and celebrating hence why our 2020 Pacific Music Awards is You & Us Family, & Society Musika Resilience."

The awards provided a showcase of the best in Pacific music, with an incredible line up throughout the night. Alongside the special tribute performance for Lifetime Achievement recipient Daniel Rae Costello byStevie Heatley, with TCB the band who toured with Daniel across NZ and the Pacific, 2013-2015, there were finalist performances by Church & AP, Lomez Brown, Lou'ana, Shepherds Reign, Lani Alo, and Disciple Pati.
All first time performers at the Pacific Music Awards, this decision was made to showcase the new wave of Pacific talent coming through.

About the Pacific Music Awards:
In 2004 the Pacific Music Awards Committee (PMAC) was formed to realise a vision and the inaugural Pacific Music Awards debuted at Pasifika Festival in March 2005. Encouraged by the success of the awards the PMAC set about developing an annual event as a significant highlight of the New Zealand music industry calendar. The awards committee formed a Charitable Trust to organise and host the awards, and are driven by a simple core objective: to create and manage an event that acknowledges the success of Pacific artists, celebrates and promotes excellence in Pacific music and encourages young Pacific musicians to aspire to a higher level of achievement.