Two Māori singer-songwriters are about to take the next step in advancing their music careers thanks to this year’s National Waiata Māori Music Awards. 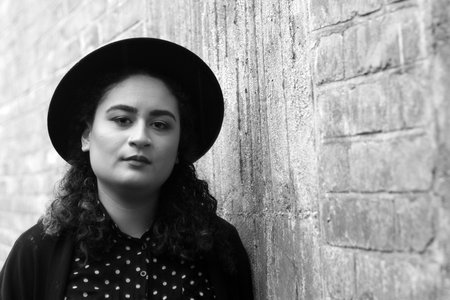 SIIAM and Teia Kennedy are winners of the Emerging Artist Award - Te Tohu Kaipūoru Rangatahi Hou, for 2020, which recognises those who have promising music careers, working in the Māori music industry. The award affords them a chance to work alongside some of the Waiata Māori Music Awards ambassadors, to learn and further their skills in all areas of music.

This year’s awards event will be held on October 9 but will be a virtual version of the live event which has been held in Hawke’s Bay since 2008. The change was prompted by the Covid-19 alert levels but there will be a mixture of recorded and live events broadcast online for people to watch and enjoy.

Sam Love, known as SIIAM, is the winner of the over 25 age group category of the Emerging Artist Award, and will be one of those performing for the 2020 virtual event. SIIAM studied for three years at the IDEAschool of Music at the Eastern Institute of Technology in Hawke’s Bay, achieving a Bachelor in Creative Practice Music. The study helped perfect knowledge “of my music craft” and has set up him well for the next stage in his career.

SIIAM, 31, Ngāti Kahungunu, grew up in Maraenui in Napier and then Flaxmere in his teen years. He discovered his love for music while spending many hours writing lyrics for songs. He developed a unique sound, silky smooth vocals and story-telling music, which has the power to provoke thought. “I have always had passion for music but I never really thought of it as a pathway until around 2010. I moved to Wellington for a while and the city there has a great arts and music culture.

“I enjoyed seeing how people expressed themselves through music and it helped me find my own pathway in life.” Songwriting was his escape from the challenges of the day and it provided an outlet to express himself.

“Adding music behind to those lyrics just took things to another level of emotion and I never looked back after that, I knew music was what I wanted as a career.” His work is inspired by life, by the people around him, heartbreak, happiness, all which helps provide inspiration for his music craft.

SIIAM is excited to be a recipient of the Emerging Artist Awards and said it is acknowledgement that he is on the right career path.

“I hope this opens up doors for me but it is a huge honour for me to receive this tohu and let's just say it won't be my last.” SIIAM has some advice for others looking to make a start in the music industry. “Be true to yourself and don't allow the pressure of pleasing other people dictate how you create your music. Create music for you, not for others, be genuine.”

He has two releases in November: Now You Know and Runaway.

Teia is the winner of the under 25 age group category of the Emerging Artist Award.

She has been taking her solo acoustic sound to live shows all over New Zealand and internationally as well. The 23-year-old musician, who was born in Wairoa, has a sound which combines rich tones, soulful lyrics, original styling and a pure energy.

She is an emerging singer-songwriter who consistently captivates audiences with storytelling performances that are well beyond her years.

The Ngāti Kahungunu musician dedicated the past decade to performing, studying, teaching and creating music in Hawke’s Bay, Raglan and Auckland.

She has previously received Creative Arts NZ funding to develop and oversee youth songwriting workshops which focussed on encouraging young people to be creative and expressive with music.

She said she is thrilled once again to join the National Waiata Māori Music Awards whanau, to celebrate Māori music and its makers.

Teia has previously been a finalist in the Emerging Artists Award in 2018 and 2019.

She attended the awards in Hawke’s Bay in 2019 as a VIP and was inspired by the artists and the music involved in the annual event.

“I’m so excited to meet creatives that are already paving a path in the music industry both in Aotearoa and abroad.”

She completed a Bachelor of Musical Arts at MAINZ (Music and Audio Institute of NZ) in Auckland, where she wrote, recorded and mastered her EP, Stranger Tides.

She is heavily inspired by the words and world around her, which provided material for the EP released in 2018.

After completing her degree, she went on to carry out an international tour based in Tokyo, Japan.

She has also taken part in the Pou Pou Pou emerging artists mentoring and is now a full time music teacher in Auckland.

“Music is a gift that we can nurture, grow, share and develop to create something very special and I am truly grateful to have the opportunity to help teach others to express their passion for music, learn the relevant skills and build confidence in their performance.”