Rip It Up and Start Again

The news that the first 101 issues of the New Zealand music magazine Rip It Up are now available online is very exciting, says Chris Bourke, the content director of AudioCulture.co.nz, the "noisy library" of New Zealand music. 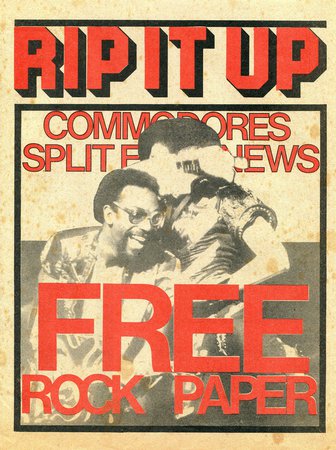 Rip It Up first appeared in June 1977, free in New Zealand's record stores, and the magazine is seen as playing a pivotal role in the stimulation of the New Zealand music industry, and the changing of attitudes towards local music.

Now, four years after it stopped publishing, Rip It Up is free once again. The first eight years of the magazine have been digitised by the National Library of New Zealand and are available online at its Papers Past website. Nearly 3000 pages can be downloaded, and the text is word searchable.

"This means that Rip It Up can be read by fans, school pupils, journalists, historians," says Bourke, who edited the magazine from 1986 to 1988 under its co-founder and long-serving editor, Murray Cammick.

"Rip It Up only survived because of the tenacious, stubborn Murray Cammick, who founded it with his friend Alastair Dougal," says Bourke. Cammick remained with the magazine until 1998; it kept going until 2015 under other publishers and editors.

AudioCulture has benefitted from the legacy of Rip It Up since the site was launched in 2013 to document New Zealand's popular music history. There are now over 1700 stories on AudioCulture, and most of them feature some of the thousands of images Murray Cammick took for Rip It Up.

AudioCulture was founded by Simon Grigg, an early contributor to Rip It Up. Grigg bought the magazine's archive in 2016, for use by AudioCulture and outlets such as documentaries, books and the school curriculum. Grigg encouraged the National Library to digitise Rip It Up, and the full set of issues for scanning - which required some risk of damage - was donated by Bourke, Grigg's successor as AudioCulture's content director.