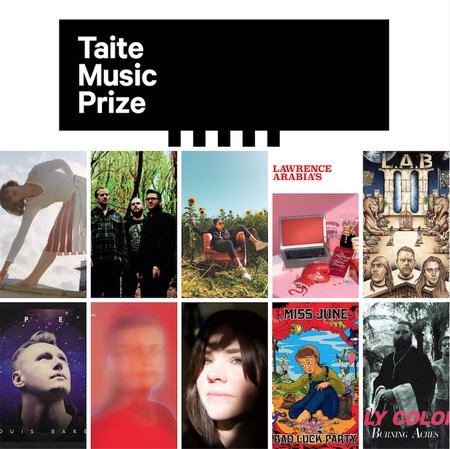 IMNZ general manager, Dylan Pellett, shares his excitement for the 11th year of the Taite Music Prize, “It’s another sterling year of music represented here - what a talented collection of artists! It shows the extraordinary musical and artistic expression to be found in New Zealand, through the recognition of these great albums - I wish all the finalists every success."Named after the late Dylan Taite, one of New Zealand’s most respected music journalists, the award recognises outstanding creativity for an entire collection of music contained on one recording. The prize-winner will receive a cash prize of NZ$12,500 to be spent as they wish, thanks to Taite Music Prize founding partner Recorded Music NZ; recording time at Red Bull Studios Auckland; and a year’s supply of Red Bull product. This year’s ten finalists, from a list of 54 nominations submitted by record labels both independent and major from across the country, are:

The three finalists for the Auckland Live Best Independent Debut are:

Previous Taite Music Prize finalists returning with their latest albums include; Lawrence Arabia (three-time finalist and winner of the first-ever Taite Music Prize in 2010 for Chant Darling), Aldous Harding (two-time finalist and winner of the Taite Music Prize 2018 for Party), Beastwars (twice nominated for their self titled debut in 2012 and Blood Becomes Fire in 2014), Tiny Ruins (Taite finalist in 2012 for Some Were Meant For Sea and in 2015 for Brightly Painted Ones). Alongside the main prize, three additional awards will be presented at the ceremony: the Independent Music NZ Classic Record Award, the newly created Independent Spirit Award, awarded to a New Zealand person who assists our NZ musicians to grow and find their own unique pathways, and the Auckland Live Best Independent Debut Award, celebrating the freshest talent of Aotearoa. The winner receives a $2,000 cash prize with thanks to Auckland Live.