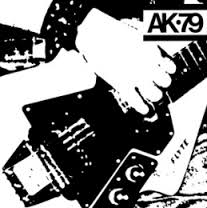 IMNZ is proud to announce the second award to be presented at this year's Taite Music Prize 2014 event. The ceremony is to include the ‘Independent Music NZ Classic Record', which aims to acknowledge New Zealand's rich history of making fine albums that continue to inspire us and define who we are.

The panel to determine the recipient of this new award was made up of a broad section of music media/industry specialists, who have given the nod in 2014 to the ‘AK.79' compilation album (Ripper Records, RPR1, December 1979) as one of NZ's classic records. The award is scheduled to be presented by Kerry Buchanan (The Terrorways) and will be accepted by Ripper Records head Bryan Staff.

When told of the news this week, Bryan Staff said: "That's fantastic! Dylan Taite was a friend whom I respected so this is a great honour."

Duncan Grieve, freelance journalist and judging panel member said: "'I met her outside the IGA/ True Love works in funny ways' is well-known to be the finest in New Zealand songwriting history, and one of the many splendours AK.79 contains. It's a collection of scrappy DIY pop, which feels like the first unified and exuberant shot from a rising young generation determined to make themselves heard. That sense of empowerment shines through every one of these sometimes derivative, often shambolic, always deeply felt recordings."

"AK.79 - a riff-happy thrill-athon that is far and away the best local punk compilation this country has produced...Underneath the obvious aggression of these songs you can hear pure joy - the sound of working class New Zealand youth, who were bored to death with the flabby indulgences of prog rock, bursting forth with a rude, rowdy and exciting pop music of their own. As it says in the liner notes ‘...each song nails down a moment during what was a hot time for New Zealand rock'n'roll'." - Grant Smithies, Soundtracks: 118 Great New Zealand Albums (2007)

"Musically quite brilliant in (many) places and truly iconic, AK.79 is a tribute - not only to the bands who played in the scene - but also to the vision of Bryan Staff, without whom, much of this music and history would have been lost." - Simon Grigg

The Taite Music Prize 2014 event is held on Wednesday, 16th April in Auckland and is an invite-only ceremony. SJD, last year's winner of the Taite Music Prize, is scheduled to perform a live set for the gathered guests. The event will live-streamed to the public via NZ Herald Online and will be recorded by JuiceTV.