Who Will the Next Winner of the Taite Music Prize Be? Nominations End Monday 8 February 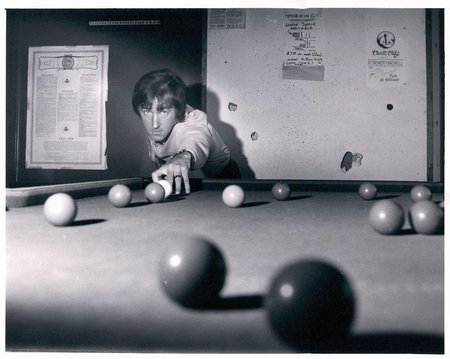 IMNZ General Manager, Dylan Pellett says, "It’s an honour to present the Taite Music Prize every year, and this one is no different - excepting the fact that everyone has had a challenging time over the last twelve months! With those far-reaching challenges as a backdrop, it is heartening to know that New Zealand artists have responded with such creativity and resilience. We salute all of our musicians with this event, and look forward to celebrating our amazing community."

The eponym for the awards is the late
Dylan Taite, one of  New Zealand’s most respected TV music journalists. He became known for his Liverpudlian wry wit and his unabashed chutzpah-love of music. Dylan’s unique style captured some rare interviews over the decades. Interviews with The Sex Pistols, Deep Purple, and the career-defining Bob Marley are still referenced today.

Dylan’s son, John Taite comments, “What would Dylan Taite make of a year like 2020? He would have seen the whole world experience our “tyranny of distance” because of the pandemic. He’d be curious about how that would level the playing field for Kiwi music. He’d want to hear what we did with our head start – the first nation to soundtrack a “post-covid” world (thanks Jacinda!).Most importantly of all, he’d be shouting from the rooftops about @Jawsh685’s musical big bang from TikTok to the Billboard #1 - and trying to bend the rules so he won the Taite Prize! Because that teenage spark of creativity caused a chain reaction all over the world and changed the game for New Zealand music forever. As Dad would say, “Sen-sational!”.

Any New Zealand album released during the calendar year of 2020 is eligible for nomination for the Taite Music Prize 2021.  The winner receives a newly increased cash prize of $12,500, thanks to Founding Partner Recorded Music NZ and supporting partner NZ Music Commission.

A voting academy of all current members of IMNZ, musicians, and music industry personnel vote to produce the shortlisted finalist albums. An independent panel debates and scrutinises the shortlisted albums to decide the winner. That panel comprises musicians, journalists, and music industry professionals with a wide variety of different professional backgrounds and personal tastes.

The announcement of the winner will happen in Auckland at Auckland's Q Theatre on 20th April 2021.

The ceremony also includes the award presentation of the Independent Music NZ Classic Record. This award acknowledges one New Zealand record released over 20 years ago on an independent label. These records, whether a 12”, a compilation, EP, or full-length album have become quintessential gold nuggets of our musical history.

The Auckland Live Best Independent Debut Award returns celebrating the freshest talent of Aotearoa. The winner receives a $2000 cash prize plus a performance or technical upskilling opportunity thanks to Auckland Live.

The newest award, the Independent Spirit Award, will be in its third year in 2021. Devised to recognise and celebrate a New Zealander - someone who is passionate about NZ music; who's ahead of the game in creativity, diversity, and imagination; and has dedicated themself  to helping other artists or music people to grow and find their own unique pathways. The annual recipient is determined by the Board of IMNZ.