We celebrate some of our incredible songwriters and composers tonight by announcing the winners for the 2021 APRA Silver Scroll Awards. 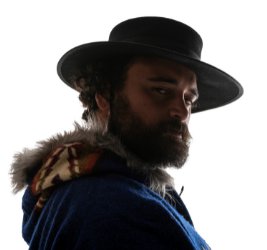 Troy Kingi (Te Arawa, Ngāpuhi, Te Whānau-ā-Apanui) has won the 2021 APRA Silver Scroll Award | Kaitito Kaiaka for his funk-laden song ‘All Your Ships Have Sailed’(published by Loop Publishing | Kobalt Publishing) taken from his nostalgia-filled record The Ghost of Freddie Cesar - the fourth album from Troy Kingi’s 10 10 10  series (10 albums in 10 years in 10 genres).

The Ghost of Freddie Cesar is a deeply-personal record inspired by memories of Troy’s biological father who disappeared in 2005. While going through his father’s belongings Troy found a mysterious cassette tape with the name “Freddie Cesar” scribbled on the front – an exceptional yet relatively unknown African-American funk musician. Pulling from retro 70’s sounds, Troy Kingi and his band The Clutch bring to life a character inspired by his missing father and the music discovered on this mysterious tape.“Freddie Cesar gave me the memory blueprints or the spiritual blueprints for these waiata. And this particular one, I don’t 100% know what it’s about, but I feel like it’s about seeing your dreams pass you by, and not being able to retrieve them, but remembering you still have love for your whānau and love for your children and that’s enough purpose.”“I’m humbled and honoured to receive this award. Thank you to APRA and the wider community for allowing it so, for deciding I was worthy of this award. Much gratitude.”It is the third time Troy has been a top five finalist for the Silver Scroll Award | Kaitito Kaiaka, and the win (which is decided by votes from APRA members) is a wonderful acknowledgment from his songwriting peers on the impact of his work. It recognises his outstanding work, and will see his name engraved alongside other Aotearoa musical luminaries like Aldous Harding, Marlon Williams, Bic Runga, Ruban and Kody Nielson, Scribe and P Money, Chris Knox, Dave Dobbyn, and Shona Laing.

The 2021 SOUNZ Contemporary Award | Te Tohu Auaha was presented to David Donaldson, Janet Roddick, and Steve Roche who form music collective Plan 9, for their composition The Bewilderness (published by Native Tongue Music Publishing). The Wellington-based trio released their album The Bewilderness in June 2021 in response to the strangeness of 2020, the sudden lockdown, and the moments of calm amidst the ongoing disarray. The Bewilderness is a fascinating 10-track journey featuring vocals and percussion by Johnny Marks, cello and taonga pūoro by Ruby Solly, and Tristan Carteron violin alongside the Plan 9 trio.

Arli Liberman was awarded the APRA Best Original Music in a Film | Tohu Pūmanawa for his composition work on Savage, a confronting film inspired by true stories of New Zealand’s street gangs across 30 years. The emotive soundtrack combines traditional production sounds with experimental music, perfectly capturing the tension and beauty shown throughout Sam Kelly’s film. From being a key member of Whiteflag Project in Israel – one of the first Palestinian and Israeli crossover bands – to becoming one of New Zealand’s most distinctive screen composers, Arli remains an important figure in the industry.

Award winning New Zealand/Swedish composer Karl Steven has been awarded APRA Best Original Music in a Series | Tohu Paerangi for his work on Black Hands, a five-part fictionalised story about the Bain family. Karl Steven captures the nail-biting scenes with unsettling string and vocal arrangements for optimal edge-of-your-seat viewing. Having worked in film composition, radio, studio production and fronting various bands including Supergroove Karl Steven is not only a well-respected film composer but also a much admired figure in the wider music industry.

Amidst the ongoing challenges and setbacks of COVID-19, APRA was forced to postpone the 2021 awards 3 times, before moving the ceremony to an online format.

It did however mean one very special performance of All Your Ships Have Sailed could be filmed and recorded in a studio environment, and allow the inimitable Deva Mahal and an incredible band of nine wahine toa to create a truly powerful and memorable version of the song, celebrating its strength and wairua. This was created with the support of Silver Scroll Awards Music Directors Rob and Cilla Ruha who will also remain on board as Music Directors for the 2022 awards.

You can check out the full awards presentation, as well as the performance, and videos from each of the finalists speaking about the inspiration behind their work on our YouTubeand Facebook channels.

The awards are proudly supported by NZ On Air and Te Māngai Pāho.