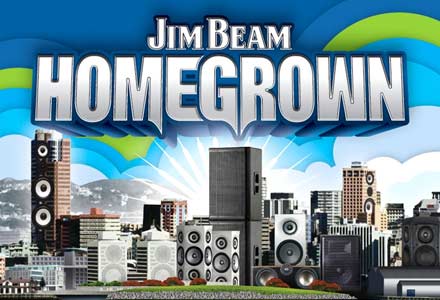 With 3 successive sell outs and a reputation for delivering the very best Kiwi music, Jim Beam Homegrown is upping the ante in 2011 adding a new Pop and RnB stage and a further 10 acts to an already impressive line-up.

Nesian Mystik will play one of their last ever gigs on the new Pop and RnB stage alongside Dane Rumble, J Williams, Motocade and Hip Hop heavyweights Savage and Scribe.

After reuniting for a one off performance at Homegrown 2009, Blindspott had so much fun they are getting back together. They will play their first gig in their new incarnation headlining the Jim Beam Rock Stage ahead of Midnight Youth, Elemeno P and The Feelers.

On the Dub & Roots stage Tiki and the Dub Soldiers featuring the spellbinding Te Pou O Mangatawhiri Kapa Haka group will be nothing short of spectacular. Throw in Katchafire, Sunshine Soundsystem and Salmonella Dub with 3 huge acts still to be named and you've got an epic day.

The second and final announcement will be made on November 29th adding another 18 massive bands and DJ's to the line-up.

Every Homegrown festival has sold out, don't let the scalpers take you for a ride! Join the Homegrown database for $75 Earlybird presales on Sept 27th.

For more information, go to:

Back to General News