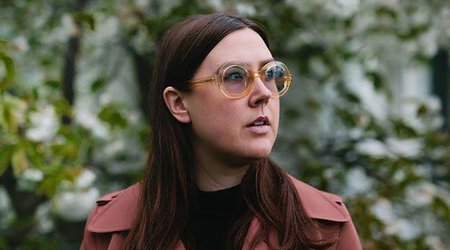 BENEE has made the Billboard Hot 100! The single 'Supalonely', featuring US artist Gus Dapperton, debuted at #88 on the chart in March before quickly moving up to #71. Aside from being just a great song (and a favourite of Sir Elton John!), its success could perhaps be attributed to its viral success on TikTok which so far has earned the song 82 million streams and counting.

Paper Magazine also ran a big feature of the star and you can even peep Jennifer Lopez dancing with her family to 'Supalonely' over on BENEE's interview with People.com. Keep an eye on BENEE's website for details of when you'll be able to next catch her online or in person!

Nadia Reid - Out Of My Province

Nadia Reidreleased her new album Out Of My Province via Spacebomb Records on 6 March  and it's already taken the indie folk world by storm. The album received 4 or 5 out of 5 star reviews from the likes of Uncut Magazine, MOJO Magazine, The Times UK, Paste Magazine, Record Collector, The Skinny, BBC Radio 6 (who named it Album of the Day) and Scott Simon of NPR in USA even hosted her on his show to talk about the album.

Nadia's recent international touring plans were unfortunately affected by current events but we're looking forward to seeing Nadia on stages all over the world when the time comes! Check her website for details.

Montell2099 released his new FORCES EP on US label Sable Valley on 6 March! The EP, which features Sabel Valley label head and US artist RL Grime, featured on Your EDM, Dancing Astronaut, EKM.co, Run The Trap and This Song Is Sick, among many more.

Myele Manzanza continues to make moves in the jazz world with the release of an EP featuring remixes of songs from his 2019 album A Love Requited. The EP was released on 6 March via London label First Word Records.

In the lead-up to the release, London's Musica Macondo premiered a remix of Myele's song 'Big Deal' by fellow Kiwi Mark De Clive-Lowe. Myele was also recently interviewed by Tony Manvielle for Jazz FM (stream only available in the UK).

Purchase the EP now via Bandcamp!

Devilskin's third album Red came out last Friday and it's already got metalheads all over the internet talking with Sentinel Daily, Wall of Sound and Rock Lines Magazine all writing favourable reviews.

For more insight on the album and what it's like to release an album during these tough times, members of Devilskin have done several interviews including with Hysteria Mag, Sentinel Daily, the HeavyMag podcast, XS Rock and The Gauntlet.

Yumi Zouma's highly-anticipated third album, Truth Or Consequences, was released via INERTIA on 13 March.  It was named Album of the Week on Tone Deaf and was listed on NPR’s Best New Albums Of The Day list. NPR also listed them on their The Austin 100 list - a list of music recommendations from the since-cancelled SXSW line-up - alongside fellow Kiwi artists Holly Arrowsmith and Nadia Reid.

Atwood Magazine chatted to Charlie and Josh from the band about the album, and for a little something different, vocalist Christie Simpson contributed a “Quarantine Diary” to Grammy.com.

Listen to a playlist of the songs and artists featured in this month's newsletter on Spotify or Apple Music!
Back to International News