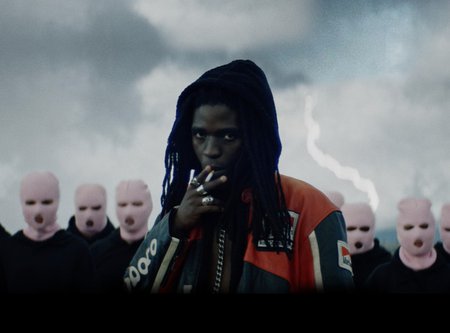 P-Money
A song produced by P-Money for Australian artist Starley has just hit one billion streams across all platforms globally. Yes, you read that right - one BILLION. If you haven’t heard the track, ‘Call On Me’, yet you can catch the 2017 video here. Congrats to P-Money and Starley for this huge achievement!

The Beths
Paste Magazine had a big chat to The Beths about a variety of subjects including their next record, which they are working on now. Paste also named their debut album Future Me Hates Me one of their 50 Best Indie Rock Albums of the 2010s, while Jonathan Wright of God Is In The TV named it one of his Top 20 of the decade! Here’s hoping they don’t make us wait too long for new music - but in the meantime, we can tell you they have worked a couple of new songs into their live show which they just announced will be returning to the USA in April!  Click here for all the dates.

Alien Weaponry
The worldwide metal community is showing Alien Weaponry love in their End of Decade lists - New York’s Loudwire named ‘Kai Tangata’ #20 on their 66 Best Metal Songs from 2010 - 2019 and Denmark’s Metalised Magazine named their debut album Tū one of their 25 Best Albums of the Decade. Alien Weaponry show no signs of stopping in the decade to come either, having already announced the first of their 2020 European festival dates - including the Nova Rock Festival in Austria in June! For an idea of what an Alien Weaponry festival performance is like, take a look at this epic video of their full set at Download this year in Donington, UK.

Aldous Harding
Designer, the third and most recent album from Aldous Harding, is unsurprisingly making end of year best album lists - including MOJO who ranked it at #5, Uncut who ranked it at #23 and Rough Trade who put it at #46.  There may still be a few more lists to come but in the meantime, you can read Aldous’s recent interview with The Guardian promoting her current UK shows.

Rory Noble
Hailing from Palmerston North, producer Rory Noble recently revealed on his Instagram that he co-wrote some music for Kanye West’s new opera Neubuchadnezzar, which was debuted last week with a performance at the Hollywood Bowl in Los Angeles.

NAVVY
NAVVY has been getting traction in the UK, with a mention in The Independent on “bedroom-pop” and her single ‘Mad At You’ having been played on Mollie King’s Best New Pop show on BBC Radio 1. On 22 November she also debuted the single ‘Scared to Be Happy’ from her upcoming release, The No Hard Feelings EP. Listen now on Spotify or Apple Music.

Miss June
The Line of Best Fit just ran a huge feature on Miss June! You may have also seen them in the most recent issue of the British monthly magazine Total Guitar.

Jonathan Bree
For those who want to know more about the mysterious Jonathan Bree, he recently divulged a little insight in an interview with Maddie Cook at LA Canvas who reviewed his Los Angeles show.

Bree also recently released a video for his new single ‘Cover Your Eyes’ of which Rolling Stone France are fans!

If these have you hanging out to see his live performance for yourself, he’s recently announced tour dates for his return to Europe and the UK in April next year.

Mermaidens
In more End of the Decade news, Junkee Magazine named Mermaidens’ debut album Undergrowth one of their Underrated Albums of the Decade.  Gussie Larkin of the band also spoke to Guitar.com recently about their recently released album Look Me In The Eye.

Earth Tongue
Moshtix made psych duo Earth Tongue a Featured Artist of theirs last month in the lead-up to their recent shows in Australia. Check out their interview with members, Gussie and Ezra here. And yes, it's the same Gussie as Mermaidens - she's a busy woman!

He also performed a cover of Seeker Lover Keeper’s ‘Not Only I’ with Aussie artist Courtney Barnett for MTV Unplugged Melbourne, filmed at an intimate show for 150 lucky punters at the Howler in Brunswick.