In this issue: Connan Mockasin, Raiza Biza, The Beths, Alien Weaponry and more! 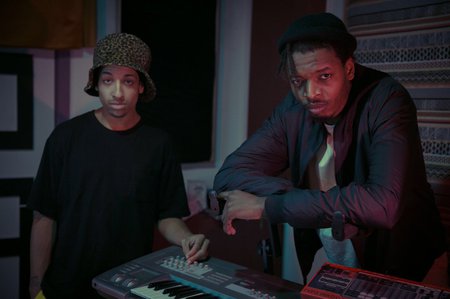 The growth of Raiza Biza’s profile in Australia certainly hasn’t slowed since the release of his EP Black Hole Sun, with Australian rapper REMI, via Low Key Source in October. Tracks from the EP have been getting plenty of play on Triple J and MTV Australia. A music video of theirs even featured on the premiere of the latter's new show, MTV Call & Response: Hip-Hop.

Online, Oz Hip-Hop Shop reviewed Black Hole Sun saying “the impeccable release absorbs all the free flowing vocals and dynamic  production afforded by the lineup of cross-nation collaborators, making for a melting pot of hip-hop and soul visions in one stunning reel of beats“ while 4ZZZ said “its success speaks to a shared vision of impressive power”. The AU Review reviewed Raiza Biza's Sydney show with REMI on 16 November calling it “spectacular”.

The EP also seems to have found fans in Slovenia with Radio Student, and US site, Scratched Vinyl gave the EP an 8 out of 10 rating, saying it is “fun, infectious, and delivers on substance, and will certainly bring in a new wave of fans for the two emcees.”

There has been buzz all over the world on the new album and tour from the Tokyo via Te Awanga based Connan Mockasin.

USA’s Magnetic Mag named his track ‘Les Be Honest’ from his recent album Jassbusters one of the best indie rock tracks of the month saying “the album proves that he can take any inspiration of sound and mold into his own masterpiece”. Released in October via New York label Mexican Summer, Jassbusters was one of Rough Trade’s Albums of the Month in November and was reviewed by Hong Kong’s New Ears Music, while UK’s Far Out Magazine reviewed his sold-out Manchester show calling it “a richly textured night of jazz-infused psych-pop brilliance within novel surroundings”. We have no doubt he pleased the many other crowds he played to on his 21-date Jassbusters world tour over this past October and November, with 11 of those shows selling out!

Interviews with Connan himself were run in Argentina’s Indie Hoy and the UK’s Crack Magazine last month.

European site Nothing But Hope And Passion wrote up a huge feature called ‘A Quick Beginner’s Guide To The Creative Cosmos of Connan Mockasin’. For those unfamiliar with Connan Mockasin’s work, this is a great starting point.

As we get closer to the holidays, The Beths have treated their fans with a cover of ‘Have Yourself A Merry Little Christmas’, much to the delight of Stereogum, Happy Magazine and Paste Magazine, the latter of which even named The Beths’ album Future Me Hates Me #29 on their 50 Best Albums of 2018 list. The Rolling Stone US also listed them as a “Hot Band” on their Hot List 2018.

For an idea of what else they’ve been up to over the last month, you can check out this interview in The Sydney Morning Herald, this video of their live In Stereo Sessions set at Factory Studios in Bristol, UK, this absolute rave review of their Brighton show from Brighton & Hove News’ Nick Linazasoro or their live in-studio performance on Marc Riley’s BBC Radio 6 Music show.

If you’re yet to see them live, The Beths are returning to play more than a few dates in Australia, the USA, the UK and Europe over coming months.

Off the back of an incredibly successful European summer season, the first of Alien Weaponry’s 2019 European Summer festival dates have already been announced and it includes some huge one!  They will be playing some of the biggest metal festivals in Europe,  including Hellfest in France, Brutal Assault in the Czech Republic and Download Festival in the UK. They’ll also be returning to MetalDays in Slovenia.

For now, they’re currently in the midst of their mammoth North America tour supporting legendary US metal band, Ministry. While out on the road there last month, they also played their very first US headline show in Gallup, New Mexico which of course, sold out!

Broods are dominating every medium in the lead up to the release of their new album, Don’t Feed The Pop Monster via Neon Gold/Atlantic Records on 1 February 2019.

Their new single, ‘Everything Goes (Wow)’ was named on Triple J’s Best New Music list for the week of 19 November. Their live show has also been getting plenty of exposure - the duo supported Taylor Swift on her NZ and Australian tour and Broods' singer, Georgia Nott, joined Swift onstage each night In venues as big as Melbourne’s Marvel Stadium - which has a capacity of 65,000.

They sold out their recent performance at London's Tufnell Park Dome on 29 November, they performed ‘Everything Goes (Wow)’ and three more songs from their upcoming album in a live session on Billboard’s Facebook page on 21 November and last but not least they also performed the first single from the upcoming album, ‘Peach’ on Late Night with Seth Meyers on NBC in the US.

Tiny Ruins have recently returned from a few shows in Australia supporting ‘How Much’, the first single from her upcoming album Olympic Girls.  The tour included a sold out show on 15 November at Melbourne’s Northcote Social Club.  Since then, Tiny Ruins have released a second single named 'School of Design’, which Stereogum called “hauntingly beautiful”, The 405 named it their Track of the Day on 21 November and The Rolling Stone France also play-listed the song.