In this issue: Church & AP, City of Souls, Bene, Drax Project and more! 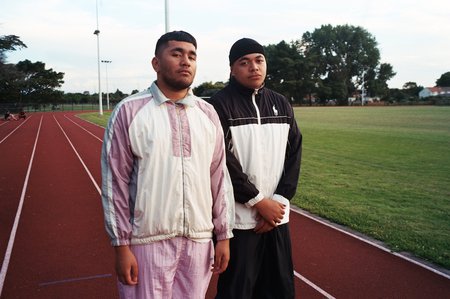 Auckland’s Church & AP may just be the biggest NZ hip-hop act in years and not just on local shores - the UK is certainly tuned in, waiting on their next move too. Since the release of their single ‘Ready or Not’ on 7 December 2018 (which has already accrued more than half a million streams), UK-based sites The Line of Best Fit, The 405 and Dummy Mag have all run features on the duo. The track has also received airplay on both BBC Radio 1 and BBC1Xtra, with Radio 1’s Annie Mac calling them her ‘New Names’ on her Future Sounds show.

i-D also ran a feature story with the ‘Ready or Not’ video upon its release on January 23. Showing no signs of slowing down, Church & AP have since released two singles titled ‘Loud As Hell’ and ‘Peños!’, which are both living up to the hype of their previous hit.

City of Souls have announced their signing to Australian record label Wild Things Records (also home to The Ocean, Circles, AlithiA), worldwide for the release of their highly-anticipated debut album due later this year, as well as penning a deal for UK and European bookings with  Artery Global.

It’s great timing for the band with the success of their single and video, ‘Wolf’ which hit Youtube on 17 January and was subsequently featured on the UK’s PROG and Australia’s Hysteria Mag. They also talked to Australia’s Scenstr about writing your own music.

Australia were recently graced with the presence of City of Souls at Progfest, the touring festival which happened across Melbourne, Sydney and Brisbane in January. The band have already started announcing festival dates in Europe so rest assured, this is just the beginning for this Auckland band.

After being listed being listed as Artists to Watch in 2019 by the likes of the Irish News and the UK’s Celeb Mix, Wellington's Drax Project burst through the gate in 2019 with a re-release of their hit ‘Woke Up Late’ on 21 January, this time featuring US superstar Hailee Steinfeld. The track got the attention of Billboard, The Rolling Stone US, and UPROXX even named it in their Best New Pop Music of the week.

SXSW 2019 is just over a month away and the list of artists from Aotearoa is absolutely stacked. These artists are Emily C. Browning (pictured), Emily Fairlight, Finn Andrews, French For Rabbits, Hans., Jackie Bristow, Jonathan Bree, Robinson, Swallow The Rat, The Beths and The Chills.

For those attending the conference in Austin next month, the Music Commission will be hosting a showcase of New Zealand artists on 13 March so you will be able to catch some of the best of what NZ has to offer all in one place. More details in next month's International Newsletter.

Auckland’s Bene could very well be the next big thing out of Aotearoa if the success of her latest single, ‘Soaked’, is anything to go by. Not only was it added to Spotify USA’s Pop Rising playlist (with over 1.5 million followers!) it also made #58 on Triple J’s renowned Hottest 100 list. The music video for ‘Soaked’ dropped on 3 December 2018 securing her spot on Youtube’s Artists to Watch 2019 list for Australia and New Zealand. Needless to say, Bene certainly has people waiting with baited breath to see what she does next.

It's looking to be another great year at The Great Escape in Brighton, UK, during May this year with four New Zealand artists having recently been announced. These are Drax Project, Finn Andrews, Soaked Oats (pictured) and The Beths. The Music Commission will be hosting our annual showcase of New Zealand artists during the conference - watch this space for more details in the coming months.

·      Rei’s single ‘Good Mood’ sat on Spotify’s USA Viral 50 chart for two weeks, clocking in over a million streams since its release.

·      Alien Weaponry have been announced as one of two supports for legendary metal band Slayer's last ever show in Germany - and the other support act is Anthrax!

·      Marlon Williams’ live duet in Sydney with Florence Welch of his song ‘Nobody Gets What They Want Anymore’ was featured on Billboard.com.  Marlon was the support for her arena shows across Australia last month.

·      Maxine Funke was the focus of a feature written for NPR’s All Things Considered.

·      Janine featured in a ‘49 Seconds with…’ feature for US entertainment ticketing company, AXS.