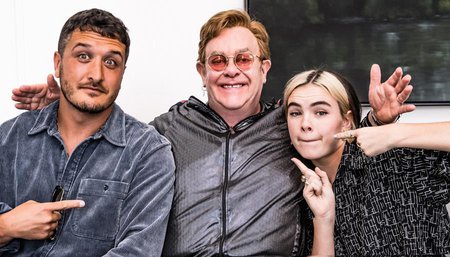 As many of you will be aware, there are various large-scale shows, festivals and conferences not happening as planned over the next month or so.  This past weekend, SXSW announced the cancellation of the event scheduled for later this month which had thirteen New Zealand acts confirmed to showcase this year.  Most of these artists were performing at SXSW as part of a wider international trip or tour, and you can keep up to date with which of the bands will be where at their various sites - click here for CHAII, Hera, Holly Arrowsmith, Lake South, A Low Hum, Merk, Nadia Reid, P.H.F., Purple Pilgrims, Reb Fountain, Swallow The Rat, Tami Neilson and Yumi Zouma.

Also dealing with re-scheduled events, Fat Freddy's Drop had to postpone three dates on their current European tour, due to the huge crowds the band draw around the world.  The majority of their shows are going ahead, and you can get all the details over at the website FatFreddysDrop.com.

Over the coming weeks, there will undoubtedly be some more scheduling changes that occur for NZ artists on tour around the globe.  Keep an eye on the social media of your favourite acts for the latest news - and maybe take the opportunity to buy that record of theirs you've been meaning to purchase for your listening pleasure!

Tami Neilson - CHICKABOOM!
Tami Neilson’s new album, CHICKABOOM! is here! Country Universe gave it 5 out of 5 stars, calling it “the first canon-worthy album of the new decade”, Vintage Rock in the UK gave her a 6-page spread in their print magazine, and both Folk Radio UK and Pop Matters had very complimentary reviews.

As if that wasn’t enough buzz for one month, Rolling Stone also featured Tami’s new clip for single ‘Queenie, Queenie’, she released a official music video with her brother Jay Neilson for the song ‘Sleep’ and she was announced to play at Willie Nelson’s legendary Luck Reunion show in Spicewood, Texas, USA. Fingers crossed the Luck Reunion show will go ahead with the cancellation of SXSW, before Tami is heading to Europe later this month.

BENEE - 'Supalonely'
BENEE dropped the visuals for her single ‘Supalonely’ featuring US artist Gus Dapperton on 4 February. The track is on her Stella & Steve EP, which was released in November 2019 but the release of the video has brought in some new big fans. Billboard and DIY Mag both featured it, i-D UK interviewed her about the song (and a few other things too!) and Elton John even played it on his Rocket Hour Apple Music podcast mentioned above!

On the live front, NME gave BENEE a shout at as a stand-out rising star at Laneway this year, The RiotAct said of her sold out Canberra shows that she “put on a stellar show with a flawless set” and she has a bunch of tour dates across UK, Europe and USA coming up!

Jonathan Bree - 'Kiss My Lips' and new album
Jonathan Bree came through with a gift for everyone this Valentine’s Day just gone - a new single called ‘Kiss My Lips’ featuring frequent collaborator Princess Chelsea. The Mexican blogosphere loved it including Pop Klub, Sin Documentos and Indie Rocks while Mansta Radio in Greece named it their Tune of the Day on 19 February.

The release coincided with the announcement of more details of his upcoming album. It will be called After The Curtains Close, it will be released 24 April via Lil’ Chief Records, and it's set to have a few interesting features on it. We can't wait to hear it.

UK and Europe fans will be the lucky first to hear some of the new songs live as he’s set to hit the road shortly after the release. Check our International Gig Guide for more details.

Reb Fountain - 'Samson'
Reb Fountain has just released a new single, ‘Samson’. The FADER premiered the video for the song featuring the marvellous Medulla Oblongata (pictured above) and Consequence of Sound said the track is “shrouded in atmospherics both dark and mystical”.

For more insight into ‘Samson’ and everything else going on with the artist, check out Reb’s interview with Women In Pop.

Recently signed to Flying Nun, 'Samson' is the second single from Reb Fountain's upcoming self-titled album due for release on 1 May via Flying Nun Records

Raiza Biza - 'Life Again'
Check out the new track, ‘Life Again’ from Raiza Biza and Australian collaborator Skinni. The track is the first of what’s looking to be many tracks from the duo. Earmilk says “[they] make for a perfect combination and with this song as a precursor, we can only expect more dope releases from them”.

Theia - 'Kitty Kat'
Theia’s been getting a lot of blog buzz in the wake of the release of her new single ‘Kitty Kat’. Women In Pop, Curve Magazine and Female.com.au all interviewed the pop star in the wake of the release and in the lead up to her recent performance at the sold-out Heaps Gay Party at Sydney’s Mardi Gras. 'Kitty Kat' is available to stream now on all platforms.