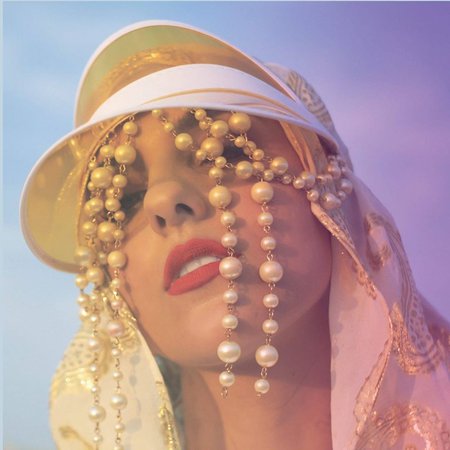 NZ artists announced for Folk Alliance & SXSW 2020
The first acts set to perform at the SXSW and Folk Alliance conferences in 2020 were announced last month and we’re proud to see that from New Zealand, Folk Alliance will host performances by Tami Neilson and Troy Kingi (pictured above) and SXSW will have acts Merk, P.H.F. and Purple Pilgrims, with potentially more to be announced.

Folk Alliance will be taking place in New Orleans, Louisiana in January 2020, while SXSW will be in its usual spot of Austin, Texas in March next year.

Nadia Reid is back!
Nadia Reid recently announced she has signed to US label Spacebomb Records, who will release her third album in early 2020. Unfortunately she hasn’t shared any new music yet but she has shared a wee snippet of an upcoming single.  Stay tuned for more!

Aldous Harding releases 'Zoo Eyes' music video
Have you seen Aldous Harding’s new video for her single ‘Zoo Eyes’? You may have when NPR, Rolling Stone and FADER all shared it last month but just in case you haven’t, take a look here.

The New Zealand Music Commission were fortunate enough to co-host an Aldous Harding showcase at the New Zealand Consul-General's Residence in Los Angeles last month.  The event - which focused on US music supervisors - was a great evening, with Aldous’ gripping performance at the centre.

Aldous is currently closing out her touring for the year in Europe, but it has just been announced that she will be back performing across Australia in February and March 2020.

BENEE drops two new singles
BENEE released two new tracks this past month - ‘Find An Island’ and ‘Monsta’. We highly recommend you stream them on your platform of choice now, as do taste-maker site Pigeons & Planes. If you like what you hear, you can get a bit of BENEE insight from her interview with Tone Deaf, or catch her live across North America in December. She’ll also be playing a few shows in Australia this month - but if you don't have tickets you will sadly be out of luck as the entire national tour has already sold out!

Jamie McDell releases The Botox EP
Jamie McDell, originally of Mangawhai but now Toronto-based, released The Botox EP on 25 October with none other than Billboard first presenting it to the world. Americana Highways wrote a very complimentary review of the EP and Rolling Stone US named the track ‘Worst Crime’ as one of their 10 Best Country, Americana Songs to Hear Now. Stream The Botox EP here now on all platforms.

CHAII - 'South'
If you haven’t heard CHAII’s first official single ‘South’, which premiered on Oyster Mag, head over to their site and check it out now. The video, which was shot in Oman, is a must-see! For a bit more insight into the release, she recently spoke to Pilerats about the track and her upcoming plans.

Purple Pilgrims
Not only have Purple Pilgrims been selected to showcase at SXSW this year, they also have a residency at Union Pool in Brooklyn, New York, this month in support of their album Perfumed Earth, which Pitchfork said was evocative and a 'self-contained suite of dream pop, folk, and cosmic jazz'. Watch their new video for single ‘Sensing Me’ here!

Miss June wrap world tour
Miss June have just finished up their massive tour of the UK, Europe and North America. For a taste of how that went, take a look at this review of their show in Birmingham, England, on Louder Than War. While they were in the UK, they also did a live session for BBC Radio 1’s Indie Show with Jack Saunders.