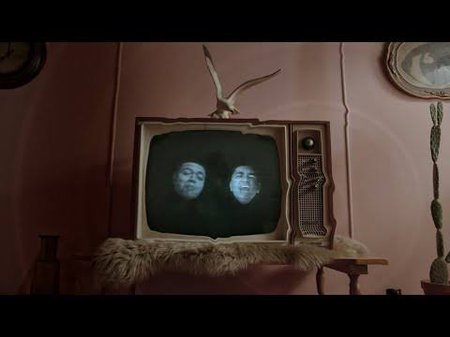 NZ @ BIGSOUND 2019
We’re proud to have witnessed yet another group of epic performances by New Zealand artists at BIGSOUND in Fortitude Valley, Brisbane, this year and the Australian media were right there along with us. Deafen County said rapper, CHAII’s performance was “bursting with attitude” and “god damn fun”. Newcastle Live named Wellington’s Louis Baker (pictured) as one of their 7 BIGSOUND Acts [They] Can’t Stop Talking About, while Blank Gold Coast also enjoyed his set. TheMusic.com.au called Mermaidens “an act to watch out for” and Scenstr were fans too. And most of the Oztix team couldn’t be more excited about Bakers Eddy, who were also named by international panelists as one of the most exciting acts they saw in the wrap-up conference session!  (Photo credit: Simone Gorman-Clark)

BENEE releases video for 'Glitter'
BENEE’s fun new video for her single ‘Glitter’ came out 17 September and was not only featured on Billboard, but also in Australia’s Fashion Journal and Scenstr! BENEE plays at Spotify’s Front Left show in Melbourne this week, before heading to the UK.  After her one-off show in London, BENEE is off to the USA for a few headline shows along the East Coast. She’s also announced a few more shows in Australia and the USA for later in the year and will be playing all Australian and NZ dates of the 2020 St Jerome's Laneway Festival.

JessB takes Australia
JessB is getting plenty of buzz over in Australia with tracks playing on the likes of SYN in Melbourne and ABC Radio nationwide (alongside fellow Kiwi RAZÉ).  JessB is set to make several appearances there over coming months, including at the Spotify A1 Live show in Sydney (as covered by Beat Magazine) on 7 November, and then at St Jerome's Laneway Festival Festival next February.

Aldous Harding talks to Pitchfork
If you could have written any song in history, what you have picked? That’s the question Pitchfork is asking musicians, including Aldous Harding. Find out here what her answer is and why. For a bit more insight into the mind of the artist, The Aquarian conducted an indepth interview about her latest album Designer, which they called a “hugely atmospheric and textural record”.

Mermaidens release Look Me In The Eye
After wrapping up their final appearances at BIGSOUND last month, Mermaidens released their album Look Me In The Eye via Flying Nun Records. When The Horn Blows in the UK said of the release that "it is a record that you will want to make time for on repeated occasions" and Australia's SYN Media named it their International Feature Album of the Week. The band spoke to Breaking Glass Magazine who said "their songs sound excellent in a live setting" and bass player, Lily, also spoke to 2Ser radio in Australia. Look Me In The Eye is available to purchase now via Bandcamp, or for streaming on Spotify and Apple Music. (Photo credit: Alan Campbell)

Joel Little co-writes sweep Billboard charts
In the first week of September, Kiwi producer Joel Little had no less than four of his co-writes with Taylor Swift in the US Billboard Top 50 singles chart - ‘You Need To Calm Down’ at #4, ‘ME!’ featuring Brendon Urie at #11, ‘The Man’ at #23 and ‘Miss Americana & The Heartbreak Prince’ at #49. A massive achievement!

Noah Slee releases single, 'Do That'
It's not long until the release of Noah Slee’s upcoming EP, due out in November, and in the meantime he’s gifted us with the exceptionally groovy track ‘Do That’ featuring American duo, FHAT, with an equally awesome video. In the short time since the song’s release, it’s already garnered plenty of attention in his new home of Berlin, and has also received write-ups on both Elicit Magazine and Earmilk.

Tami Neilson wows at AmericanaFest
Rolling Stone US were giving Tami Neilson all the love in September. After featuring her video for ‘Hey, Bus Driver!’, the first single from her upcoming album Chickaboom!, Rolling Stone named her one of the 25 Best Things [They] Saw at AmericanaFest 2019 in Nashville last month, saying she “brought a much-needed shot of camp and color to AmericanaFest”. Wide Open Country were also blown away by her appearances at the festival, naming her one of the 12 Best Things they saw there. (Photo credit: Erika Goldring/Getty Images)

Church & AP release video for 'Roulette'
The video for Church & AP’s new single ‘Roulette’ premiered on FADER last month and it’s a must-see. Argentinian site IndieHoy is also getting on the C&AP bandwagon, having interviewed the Auckland duo in the wake of the release.

Yuki discusses working with Jaden Smith
You may have heard that Hamilton producer Yuki produced seven tracks on the album ERYS, by US artist Jaden Smith’s (the son of superstar Will Smith).  Last month, SNIFFERS talked to Yuki about the experience and even got Jaden himself to weigh in for the interview. Read what they had to say here.

Alien Weaponry
Want to know what’s going on with the Alien Weaponry? Why not hear it from the boys themselves - in the last month, The Aquarian, Rock Sins and Loud Magazine have all published interviews talking about a range of topics such as playing alongside their inspirations, their performance on the Main Stage at Download Festival 2019 in the UK, and taking Māori culture to the world. (Photo credit: Alien Weaponry Facebook)

Sounds of Rhian Sheehan takeover the United Nations
NZ-based artist Joseph Michael was invited to execute a light installation on the United Nations headquarters in New York City in September to address the issue of climate change ahead of the UN Climate Action Summit. This installation, called ‘While You Were Sleeping’ was accompanied by a soundscape composed by NZ musician, Rhian Sheehan. The Guardian published a significant photo essay of ‘While You Were Sleeping’ which you can read here. (Photo credit: Project Pressure)

Miss June release Bad Luck Party
Miss June’s new album Bad Luck Party was released 6 September via French Kiss Records and was quickly named BBC1’s Weekend Album by Jack Saunders, who interviewed singer Annabel Liddell for his Indie Show. Their single ‘Anomaly’ also made the cover of TIDAL’s Rising: Indie/Rock Video Playlist. Miss June are currently wrapping up their tour of Europe and the UK before heading across the Atlantic for an extensive North American tour.

Kaylee Bell releases single, 'Wasted On You'
Kaylee Bell’s new single ‘Wasted On You’ has just dropped, and it is already in rotation on Australian Country Radio as well as dominating the Country Music playlists on Spotify USA! The video for the track premiered on CMT (Country Music Televesion) in the USA who also asked the up-and-coming country star a few questions about the release for their site.