Outward Sound is pleased to announce the second round of grant recipients for 2019. 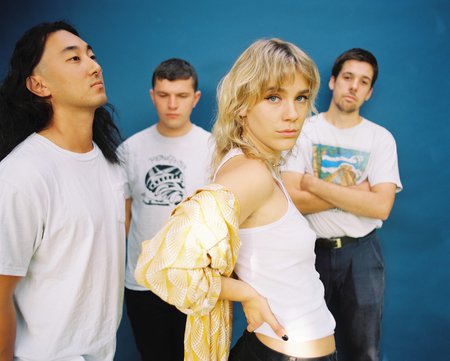 Outward Sound is pleased to announce the second round of grant recipients for 2019. Twenty-two International Music Market Development grants were awarded this round:

The Beths
71-date tour across the UK, Europe, the USA and Australia including festival appearances, headline shows and showcasing at The Great Escape in Brighton, UK.

Jonathan Bree
37-date tour of Europe and the UK in support of 2018 album, Sleepwalking on Lil' Chief Records.

LEISURE
2 shows in Australia and 6-date tour of the Europe/UK including official showcase performance at The Great Escape in Brighton, UK in support of upcoming release of 2nd album.

Miss June
27-date tour of Australia, UK and USA in support of release of lead single 'Best Girl' from album Bad Luck Party to be released through French Kiss/The Orchard.

Church & AP
Tour of UK/Europe including marketing and promotions in these territories in support of upcoming EP release.

Finn Andrews
7-date North American tour in in support of release of debut album, One Piece At A Time via labels Nettwerk and Best & Fairest.

Soaked Oats
Australia and UK tour, including showcases at The Great Escape, in support of upcoming release of EP, Sludge Pop.

Mild Orange
21-date Europe & UK Headline Tour in May including All Points East Festival in London.

Kaylee Bell
Showcasing at Key West Songwriters Festival in Florida and followup meetings in the USA.

Marlon Williams
13-date European tour including festival appearances, headline shows and a performance at London's Hyde Park with Florence + The Machine and The National.

Mermaidens
14-date UK/Europe tour in support of 7" release of single You Maintain The Stain on Flying Nun Records.

Earth Tongue
22-date of Europe and UK to promote the release of their debut full-length album, Floating Being on Stolen Body Records.

Three Business Development grants were award this round to:

Applications for the next round of Outward Sound grants close on Monday July 15th, 2019 at 5pm.

More information on the scheme can be obtained by contacting Rebekah Ngatae, International Coordinator, at the NZ Music Commission on (09) 376 0115, or by emailing rebekah@nzmusic.org.nz

Media enquiries should be directed to international@nzmusic.org.nz. Artist photos are available upon request.