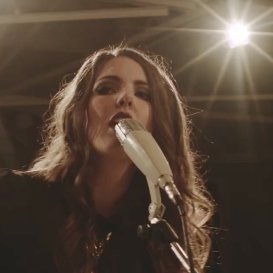 Award-winning singer songwriter Mel Parsons is well recognised as one of New Zealand's established songwriting stars.
Parsons has just released her third full length album ‘Drylands' to critical acclaim, returning triumphant from a 23-date headline tour of NZ, following performances at WOMAD, Woodford Folk Festival (AU), Folk Alliance International (US), and Byron Bay Bluesfest this summer. Since it's April release 'Drylands' has spent 32 weeks in the IMNZ album charts, peaking at No.2.
The release comes after an intense few years of relentless touring and festival performances both in her home-country and internationally, and follows the success of both her debut album ‘Over My Shoulder' in 2009, and sophomore offering ‘Red Grey Blue' in 2011.
Parsons is a two-time NZ Music Award (VNZMA) finalist for Folk Album of the Year; Winner of the 2016 NZCMA Country Song of the Year; Winner of the 2016 MMF award for Best Independent Tour; A finalist for the prestigious APRA Silver Scroll award in 2015; and ‘Drylands' won the NZ Music Award in technical category for Best Engineer (Lee Prebble, Oliver Harmer).
With a wide breadth of material, Parsons has a dynamic songwriting range: from the gutsy & rhythmic hand-clappers like audience favourite ‘Far Away', through to pin-drop ballads like ‘Don't Wait', featuring Canadian songwriting royalty Ron Sexsmith.
With a dynamite live show - solo, or with her dynamic band, Parsons is an engaging performer with a natural emotive voice that allows the listener to become part of the story. Her unique style simmers somewhere between indie/folk and alt/country, and her shows are as memorable for the spine tingling songs as for Parsons' dry banter delivery in between.
With home as a hotel room and a suitcase, she has built up a solid fan base the old fashioned way - winning over audiences on the live circuit. Along with NZ performances, Parsons has had recent tours in Canada, UK, Ireland, Australia and Germany. She is also a cast member of Kiwi musical collective ‘Fly My Pretties‘, with tours and festival performances including the prestigious Byron Bay Bluesfest. 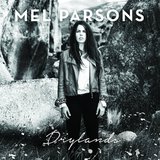