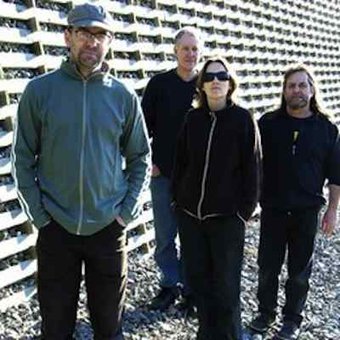 What is it about The Bats that we all know and love?

Is it the fragile but determined vocals, the ringing psychedelic guitars or the chunky rhythms that seem quintessentially South Island indie; remote, cool, spacious, unusual but strangely familiar? Or is it the oddly melancholic yet optimistic, distant but touching sound? Whatever it is, alongside a select group of other South Island bands, The Bats have a unique sound that has captured the imagination of many; both at home but especially abroad.

For their seventh studio album released December 2008 - The Guilty Office - the band continue to refine and develop their own idiosyncratic path, whilst also adding fresh sparkle and new ideas. The strings and additional instruments come to the fore, such as on the first single Castle Lights, and Robert Scott's songwriting has become particularly strong on tracks such as Countersign and Crimson Enemy. It could have been pentagonal room they recorded in at John Kelcher's studio, or the proximity to the Heathcote river, but either way, the band have come up with an album that shines among their best.

The Bats have amassed plenty of fans at home and offshore, particularly in US. There they toured four times between 1986 and 1993 - when they took to the road with Belly and Radiohead. They also scored very well with front cover of benchmark US industry magazine Billboard featuring glowing reviews for their releases through Communion and Mammoth Records. The Bats also achieved Single of the Week in British magazine NME, high placing on the CMJ charts and use of their songs in several movies and on MTV. Currently, classic Bats track North By North features as the theme song to successful Australian political satire, The Hollowmen.

Their 2006 album The Bats At The National Grid saw a global release including distribution through Magic Marker Records in the USA, Little Teddy in Europe, Egg Records in UK, and Reverberation in Australia. The album received excellent reviews from influential media including Spin, Magnet Magazine, All Music Guide and College Music Journal and achieved places on playlists on close to 200 of the CMJ radio stations. In 2006 they returned to the US for a 15 date tour including a sold out show at SXSW.

The Bats were formed in Christchurch, New Zealand in 1982 by Robert Scott, bassist for the massively influential The Clean, as an outlet for his songs when he thought The Clean had split for good. He became guitarist and prime vocalist, while ex-Toy Love member Paul Kean took on bass. Malcolm Grant became drummer and guitarist Kaye Woodward's gleaming harmony vocals would come to be a defining presence in the band. Signing to New Zealand's hottest at the time indie label, Flying Nun, The Bats went on to release three EP's, six albums and two compilations as well as numerous singles and videos. 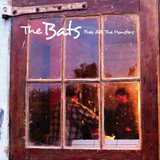 Free All The Monsters

&nbsp; Titled Free All The Monsters, the band's eighth album shows them in top form.