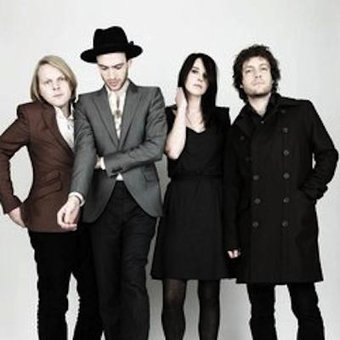 Fantastic local wunderkind Finn Andrews & his band The Veils have been lauded internationally for their outstanding debut album 'The Runaway Found'.

Heralded as one of the best debut albums ever, 'The Runaway Found' has captured the hearts & minds of many, thanks to Finn's clever & contagious songwriting & his undeniable star factor.

After the success of first single 'The Tide That Left & Never Came Back' [peaking at #2 on the NZ rock radio chart, remaining on the radio charts for almost three months & playlisted on ZM, The Rock & The Edge, as well as the b-Nets, Kiwi FM & other smaller regional stations] The Veils now drop their second NZ single, the storming album opener 'The Wild Son'.

The personnel who constituted The Veils for the debut album – 'The Runaway Found', released February 2004 - split up 2 months after the record's release. He returned from London (where he was born, in 1983) to New Zealand (where he'd moved during his teens) and recruited new musicians with the vow, "We must make things as terrifying and exciting as can". The Veils are now: Finn Andrews (vocals, guitar): Sophia Burn (bass, vocals):Liam Gerard (piano, organ) and touring players Henning Dietz (Drums) & Dan Raishbrook (guitar). "Things got pretty crazy for a while. I went back to New Zealand, got myself back down to the ground, and concentrated on writing again. I feel very much a Londoner, but I'm from New Zealand, and I seem to write a lot more quickly there. Maybe that's because there's slightly less to do - there's far less distraction." 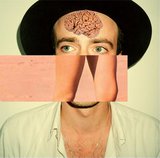 Troubles of The Brain Ep

Iconic London-based band, The Veils have announced the release of what could be their most enthralling work to date.