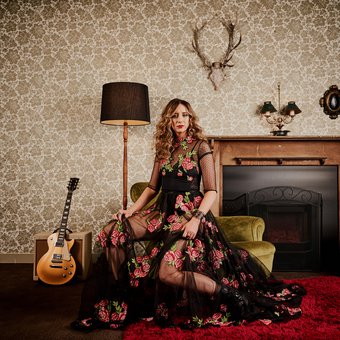 At the tender age of 22, Kiwi Kaylee Bell already has an impressive list of accolades to her name.

Kaylee Bell is an award winning country pop singer/ songwriter and guitarist originally from small town Waimate, on the South Island of New Zealand. Kaylee's powerful vocals and energetic live shows with her band, channels the likes of icons Sheryl Crow and Carrie Underwood. Kaylee was invited to perform #1 US single ‘WE WERE US' with International Superstar KEITH URBAN on his 'Light The Fuse' World Tour of Australia in 2014 and again on his 2016 'ripCORD' World Tour at the infamous 'Cake Tin' arena in Wellington. Bell was a Support Act for THE DIXIE CHICKS on their World Tour in NZ at Mission Estate, April 2017 to a 30,000 strong crowd.

Kaylee began singing Country Music at the age of 4 and after winning the NZ Gold Guitar Award at age 18, Bell completed a Bachelor Of Performing Arts at NASDA and moved to Australia having just turned 22 to carve out a career as a successful country music artist. Bell quickly captured the attention of music heavyweights and industry folk with her winning the prestigious Toyota Star Maker in 2013. Since the release of her debut album ‘Heartfirst', Bell has had over ten Top 10 singles on the Australian Country Music charts. Her single 'Pieces' written and released with fellow Toyota Star Maker Jared Porter, charged straight to #1 on radio charts across Australia. The song picked up the US Unsigned Only Competition Overall Grand Prize from over 10, 000 entries of all genres of music and was the first time anyone outside the US has won the award. Kaylee also took out the 'Best Female Country Artist' at the NZCM Awards as well as 'Best NZ Country Album' at the Vodafone NZ Music Awards in 2014 with ‘Pieces' also winning the NZ APRA 'Best Country Song' in 2015.

Her breakout song 'That's What I Call Crazy' was one of Australia's most played country songs of 2016 and more recently her single ‘Getting Closer' written with Australian country music star Morgan Evans has gained international attention from US country pop superstars Keith Urban, Carrie Underwood and Kelsea Ballerini and continues to clock up some impressive streaming stats online. (Spotify 2 million plays).

Kaylee has performed at the Global Artist Showcase in Nashville, opened for Alan Jackson, Lee Kernaghan, The McClymonts, Morgan Evans, Dixie Chicks and has played mainstage at many premier country music festivals in Australia and New Zealand including CMC Rocks Festival, Deni Ute Muster, Gympie Muster, Mud Bulls Music, and Top Paddock Country Music Festival. Bell was also invited to perform the #1 US single ‘We Were Us' with international superstar Keith Urban on his 'Light The Fuse Tour' of Australia in 2014 and again on his 2016 'Ripcord World Tour' at the infamous 'Cake Tin' Arena in Wellington, New Zealand. Add support act for The Dixie Chicks on their 'World Tour' in New Zealand at The Mission Estate Winery in 2017 it is easy to see why Kaylee Bell continues to be a crowd favourite across Australasia.

Following on from her infectious single ‘Next Somebody' Bell has recently released new music that will be part of her upcoming sophomore album release due in the first half of 2019. Bell just won the 2018 US Unsigned Only 'Country Section' from 6000 entries worldwide and has plans to tour internationally in 2019 with dates set for Australia, US and the UK. 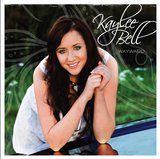