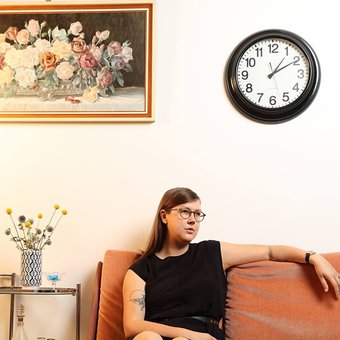 Sometimes the song is the easy part. Listening to Nadia Reid it seems that way, they appear (on stage and on record) fully formed, alive in the world, born and crafted with a weight that belies their authors young age.

Self-discovery doesn't come easy. It's usually a rite of passage to get burned before the wounds can heal and often takes a new perspective to truly understand yourself. 18 months and 10,000kms travelled since many needles first dropped on her debut LP Listen To Formation Look For The Signs, it's safe to say with new album Preservation, Nadia Reid now knows herself extremely well.

"‘Preservation' is about the point I started to love myself again. It is about strength, observation and sobriety," Nadia says. "It's about when I could see the future again. When the world was good again. When music was realised as my longest standing comfort."

Through cavernous lows, blissful highs and globe-trotting adventures, music has been by Nadia's side the entire way. Whether in New Zealand's familiar rugged beaches and mountains, brutally windy Wellington, her hometown harbour Port Chalmers or the untrodden territory of faceless hotel rooms or the jungle in Kuala Lumpur, every episode of loss, heartbreak, and disappointment glimmers throughout. "Travelling inspires me. I'm learning that things need to happen for the writing to come. Like making time to be alone with my guitar. I've grown to crave that. I almost like to starve myself of it to crave it."

For some, being so far removed from all you know would be unsettling, but Nadia is keen to embrace the challenge of moving forwards in the face of uncertainty. "This place of newness must be where all the good stuff happens," Nadia reveals. "An artist must be uncomfortable, must tour the world, and mustn't stay in her home-town for too long. I feel very happy and changed by my time abroad. I have fallen back in love with music, or perhaps learnt to trust her a little more. Often in times of exhaustion, confusion, and home-sickness, music has been the constant."

An ode to self-reflection and self-betterment, Preservation is the sound of Nadia showing her true colours, taking back a bit of power, and learning more about herself. Deeply intellectual but felt by all, it punches harder than before. Nadia's beautifully warm vocals coolly wrap around feelings of turbulence, and exude a gently improved confidence. "This record is about being OK with who I am in the world, and who I want to be. Learning to live with the fact I'm a person who operates differently to others, "admits Nadia. "I'm richer for the fact I am a musician. Without this way of being, I couldn't write songs."

Returning to the production skills of Ben Edwards in his Sitting Room studios and long term guitarist Sam Taylor, this time around everything is rubbed in more grit and channels Nadia's deftly profound take on life and whilst we already knew it, her own realisation that it is music which drives her. "I remember recording the tracks, it was about 11 at night, and I felt almost transcendental, as if I was out of my body, singing these words to myself. That's what these songs are; a confession to my future and past self."

Nadia has seen the world she once knew become a whole lot larger. Simply singing her truth has taken her to becoming acquainted with her Scottish and Irish heritage during her first full European tour, downtime with long-time sister-from-another-mister Aldous Harding and even making the odd award shortlist along the way (NZ's 2016 Taite Music Prize).

Rather than growth in its most typical sense of any artist finding their way in the world, Preservation marks a natural passing of time - what you pick up along the way is a bonus. "Making music feels like a very natural expression for me - to record songs and mark time a little. Just like a painter needs to paint pictures." Sometimes those home comforts can be found a little closer than you might think. 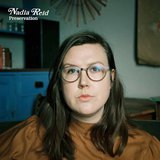