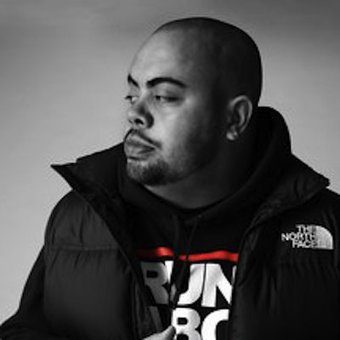 PNC (aka Sam Hansen) is one of today's most talked about artists in Aotearoa Hip-hop.

His fluid flow has drawn comparisons to legends like Jay-Z and Notorious BIG but, don't get it twisted, his brand of Hip-hop is distinctly Aotearoa. Hailing from Palmerston North, PNC first gained underground notoriety with his unofficial single Day In The Life that topped the bFM charts. He followed that with appearances on various tracks from P-Money's Magic City album. His refreshing style caught the attention of NZ Music's elite and earned him a contract with Dirty Records.

He released his debut album Rookie Card in 2006, which was received with overwhelmingly positive reviews. His singles Just Roll and PN Whoa were top 20 chart hits, and Who Betta Than This was an underground smash. In 2007 he won Best Hip-Hop Album at the prestigious Vodafone New Zealand Music Awards.

In 2009 he released his sophomore effort Bazooka Kid, which continued the trend of critical acclaim. It received 4 stars from the notoriously critical NZ Herald and from the Dominion Post, and a 5 star review in Real Groove magazine. His single Tonight was a radio hit and reached Top 40 chart status. In the same year his collaboration with State Of Mind "City On Fire" become a local and international club anthem. A true songwriter, he has writing credits on various Top 10 singles including two Number 1's (P-Money's Stop The Music and Everything).

At the age of 26 he has already worked with seminal NZ artists such as Scribe, DJ Sir-Vere, David Dallas, Nesian Mystik, and Che Fu to name a few. His guest appearances alone have led people to credit him with arguably "the best flow in New Zealand". Notable performances at festivals like Big Day Out and Rhythm n Vines have earned him a loyal following on the live circuit. He has also opened for international heavyweights like Snoop Dogg, Lupe Fiasco and Dizzee Rascal. 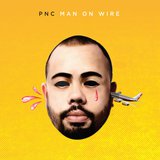 PNC's third studio album, Man On Wire, sees the artist continue with his now signature balance of calm and crazy.