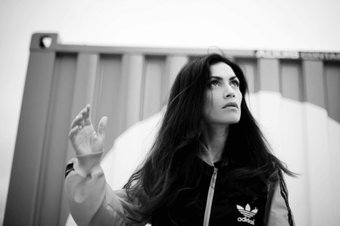 Anna Coddington spent a notable amount of mornings sitting on the back deck with guitar, pen and paper in the last two years, scribbling ideas that came from thoughts and inspiration she had while it was still early, or memories from dreams she didn't wan

It was a ritual of sorts, and one that would usually be followed by spending the afternoons in the dark of her home studio in the smallest bedroom in the house, recording and realising these new ideas.

It was a time dedicated to creating the songs that would eventually make up her second full length album Cat & Bird, due for release on Feb 14th 2011.

Recorded between Roundhead Studios and her home studio in Auckland, Anna co-produced the album with guitarist Ned Ngatae. While a lot had changed in her life and songwriting approach since the release of her 2008 debut ‘The Lake', Anna's voice and the melodies she has created for ‘Cat & Bird' continue to glide throughout the ether in splendid fashion.

"Where most or even all of the songs on The Lake were about real things in my life and were written as some sort of catharsis, a lot of these new songs are me imagining what it would be like to be someone else, or taking a small emotion or thought and amplifying it," Anna says. "A lot of these songs are celebrations and assurances and assertions. I'm a few years older, and I think the way I look at life and process things in general has changed."

Combining a quirky pop style with elements of acoustic balladry, throughout Cat & Bird we hear guitar driven indie songs and stories with the meaning just slightly out of complete grasp. But there lies room for the imagination of listeners as to what Anna is or isn't saying. The results are songs like the upbeat two minute blast of new single ‘Bolt', the haunting folk ode of ‘Lights Ahead' with lyrics ‘Write your name on my arm, so I don't forget who you are...', and the irresistible title track ‘Cat & Bird' which tells the story of unrequited love.

There is a shift toward louder guitars and bigger dynamics this time around, and an emphasis on the sound of a band surrounding the songs. Where The Lake collected moments from Anna's life to date and was largely presented acoustic guitar in hand, Cat & Bird shines with the talents of Anna's band: guitarist and co-producer Ned Ngatae, drummer Riki Gooch (Eru Dangerspiel, Trinity Roots), bass player Mike Hall (Nightchoir, Pluto) and keyboardist/vocalist extraordinaire LA Mitchell (Dave Dobbyn, The Dukes).

She sites her time in previous bands Duchess and Handsome Geoffrey as an influence. "I liked the way those bands approached music, how we made do with our skill set. We weren't the best musicians in the world but we did some good stuff that I'm proud of. I miss being in a band and making music in that way so I think this album maybe attests to that feel: not quite as polished and with a few rough edges, but still good music."

Raglan at heart, but well recognized throughout the country, Anna has established a reputation as one of New Zealand's true songwriters and performers. She has remained busy since the release of The Lake with touring, performances with the likes of Fly My Pretties and Eru Dangerspiel, and a tour support for the one and only Tom Jones. 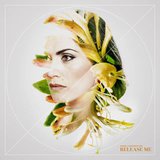