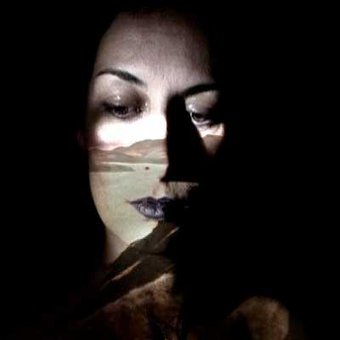 Christchurch-based singer/composer Ariana Tikao has been involved in the New Zealand music scene since 1993 when she was one of the founding members of the group Pounamu...

Ariana is a unique performer and composer of heartfelt music in both Te Reo Māori and English. She draws on folk and pop styles with a strong emphasis on Māori chant. Her music in inspired and influenced by her Māori ancestry and the dramatic landscape of Te Waipounamu - The South Island of New Zealand.

Last winter Ariana completed a tour of New Zealand to rave reviews with singer-songwriter Hannah Howes for the "Wahine Toa" tour in May/June 2010. She has recently performed her Ohaki (multi-media) show to standing ovations in Christchurch and Nelson.

Ariana recently was a featured artist on the Ihimaera album with some of the country's top recording artists. She also played the song live in the Auckland Arts Festival for the Ihimaera Show.

Also this year Ariana performed with her folk band Emeralds and Greenstone as guests at the Auckland Folk Festival. She is looking forward to working with three other Ngāi Tahu singer-songwriters, this year and touring the Voices of Our Ancestors collaboration as a part of Arts on Tour.

In 2008 she released her second solo album ‘Tuia' meaning 'stitched' - a metaphor for the connections between people, within and across generations. It is a bilingual album featuring production from award-winning producer Leyton, whose sparse electronic sound provides an engaging and gorgeous background for Ariana's beautiful voice.

In March-April 2008 Ariana was Musician in Residence at the Centre for New Zealand Studies, at the University of London, Birkbeck, after being awarded a $10,000 Creative New Zealand grant. While in London she established music industry links and collaborated with London-based New Zealand musicians, including members of Ngāti Rānana.

In 2008 Ariana was a featured soloist in the WOW Wearable Arts Awards in Wellington, and also performed in the prestigious Pao Pao Pao event in the Wellington Town Hall. At this event, Ariana was presented with an achievement award from Toi Maori.

In 2009 her video for Tuia, made by Louise Potiki Bryant, won an international award at the imagiNATIVE film + media festival in Toronto in 2009, for best music video.

From Dust To Light

Tikao's highly anticipated release From Dust To Light, is primarily inspired by the devastating earthquake in her hometown of Christhurch.