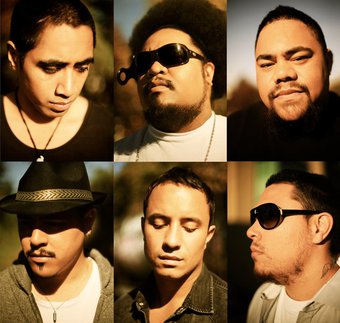 Nesian Mystik is Polynesian culture merged with RnB, Hip Hop and Reggae. From feel good club hits to conscious poltical messages; Nesian Mystik does it all.

The diversity Nesian Mystik harnesses creates a sound that is uniquely their own, better known as Nesian combining Rap, soulful harmonies, scratching and guitaring that has become their signature.

Nesian Mystik's album 'Polysaturated' debuted at number 1 and had 4 successful top ten hits including 'Nesian Style', 'It's On' and 'For The People'. 'Brothaz' also hit the top 10 and features on the soundtrack to the Polynesian film Sione's Wedding.

The release of Nesian Mystik's second album 'Freshmen' hit the charts at number 8 with singles 'What's Next?' and 'If It's Cool' making the top 10.

'Elevator Musiq' is the latest installment from Nesian Mystik. The name is a play on words stemming from the idea that a group has "made it" if their music is played in an elevator. The flip side to the name reflects this groups drive to continually elevate their music and style to the next level. The first single 'Nesian 101' released off this album reached number 8 on the New Zealand Charts.

Nesian Mystik writes and produces all their own material, recording in their studio, which was also used to produce the score for New Zealand's first Polynesian cartoon Bro Town.

This enterprising group has a publishing company, record label and invests in commercial property. Furthermore, members contribute to their communities by supporting health campaigns, and have even had a classroom named after their at Grey Lynn Primary School in Auckland.

Nesian Mystik is renowned for their live performance, navigating the audience through positive audio waves. From community festivals to sports stadiums, Nesian Mystik brings the heat with high-energy performance, colourful melodies and a touch of Polynesian humour. 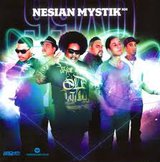 Nesian Mystik's fourth album in a lineage of chart toppers, '99 A.D.' is jam-packed with the Nesians' trademark Polynesian sound, mixed with hip-hop and smooth R&B....