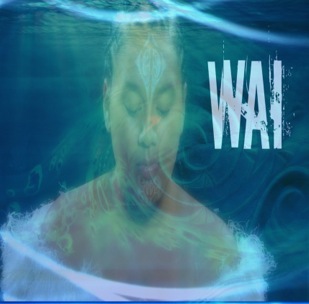 WAI is a startlingly original combination of the ancient and the modern with its eyes firmly fixed on the future.

Te Reo (the Māori language) with its eloquence, natural rhythm, flow and percussiveness and Poi rhythms are woven together and become the matt upon which the electronica is laid.

Duo Mina Ripia and Maaka McGregor started the group WAI in 1999. They released their debut album (100%) in 2000. The sound of WAI was heralded nationally and internationally as “groundbreaking” and as “a new form of music to emerge from the Pacific Rim”. The album went on to win many accolades including best Maori album at the Tui NZ Music awards and in 2001 it was nominated in two out of seven BBC World music awards.

In 2007 Mina and Maaka took a break from the music industry to have a family. Over the following 3 years they continued to write and record the second album. They were privileged to collaborate with dear friends Pati Umaga, Warren Maxell, Rio Hemopo, Kirsten Te Rito, Mark Te Whare and Kimo Winiata to name a few.

Their latest release (ORA) in 2010 has been described as “truly exceptional” (Songlines) and “…this beautiful and truly innovative album speaks for itself.” (Sublime)

The BBC world service radio show ‘World of Music’ announced that our latest album ORA was #5 on their list of top 10 world music albums for 2010. 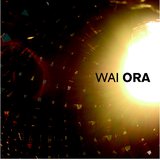 Their latest release (ORA) in 2010 has been described as 'truly exceptional' (Songlines) and 'this beautiful and truly innovative album speaks for itself.' (Sublime)