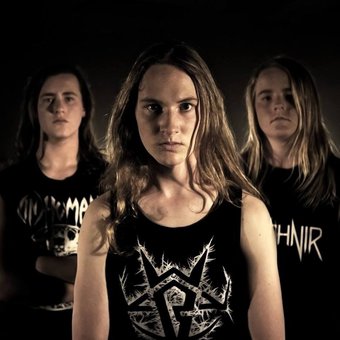 Teenage thrash metal band Alien Weaponry shock and surprise audiences on a number of levels. Their songwriting is complex, developed and highly political. Their live performance energy is startling, with just two fourteen year olds commanding the front of stage as effectively as four and five piece bands three times their age. But perhaps most surprising of all, given their blonde flailing locks and Viking appearance, many of their songs are in New Zealand's native language, Te Reo Māori.

In fact, guitarist/lead singer Lewis de Jong (14) and his brother, drummer Henry (16), are of Ngati Pikiāo and Ngati Raukawa descent - they call themselves ‘Stealth Māori.' They attended a full immersion kura kaupapa Māori (Māori language school) until they were seven years old, where singing waiata and performing haka were a daily routine.
Also ingrained in their early learning were stories of New Zealand history from a Māori perspective - giving rise to songs like ‘Raupatu' (land confiscations by the colonial government), ‘Kaitangata' (the ancient practice of eating the flesh of one's fallen enemies after a battle in order to insult them), and ‘Rū Ana te Whenua' (the trembling earth - referring to the mighty battle at Pukehinahina/Gate Pa in 1864, where their ancestor, Te Ahoaho, lost his life).
The band's English material is equally controversial, with songs like ‘Hypocrite,' ‘Rage,' ‘PC Bro',' and ‘The Cult of Sanitised Warfare' calling out everyone from teachers and friends at school to the media for variously glorifying and destroying the lives of television and sports stars.

"We listened to all sorts of music when we were younger," says lead singer and guitarist Lewis de Jong, "but we were drawn to thrash metal because it's quite complex music, and it is a great vehicle for expressing real stories and emotions."

"It also works with Te Reo Māori," adds his brother Henry. "Both the musical style and the messages have a lot of similarities with haka, which is often brutal, angry and about stories of great courage or loss."
Other early musical influences included Red Hot Chilli Peppers, Rage Against the Machine and Metallica, and the brothers wrote their first song together when they were 8 and 10 years old. The band's name was also decided then - inspired by the movie District 9.

Bass player Ethan Trembath (14) and guitarist Lewis met while honing their unicycling skills at the local circus school in Waipu, Northland, where the de Jong brothers moved to in 2012. He scored the job in Alien Weaponry because he could play the ukulele and (at age 10) he was the first friend who could reach the end of the bass guitar.

Initially, the band's focus was competing in NZ school band competition, Smokefree Rockquest. As they amassed more material, they began touring locally, and had a breakthrough in 2014, when Paul 'The Axe Man' Martin played their demo ‘Cages' on his radio show ‘The Axe Attack'. He subsequently invited the trio to open for his own highly successful band, Devilskin, on their sell-out NZ tour.

A year later, Tom Larkin (drummer for NZ hard rock legends SHIHAD) saw some of their clips on YouTube, resulting in an opening slot with SHIHAD, and an ongoing relationship with Larkin, who is producing their first album.
"These kids are leagues beyond their years," he says. "This is some seriously crushing metal."

Winning the national finals of both Smokefree Rockquest and Smokefree Pacifica Beats in 2016 (the only band ever to win both competitions), as well as independently obtaining a $10K NZ On Air grant a few months earlier, has put Alien Weaponry firmly on the global music radar as a force to be reckoned with.

Metal Hammer magazine recently included the trio in its Ten Best Metal Bands from New Zealand feature (Oct 2016), describing them as "One for the future."

And it's not just the metal community who are taking notice.

"These guys could be bigger than Lorde in terms of our musical export," said TV One Breakfast music correspondent Sarah Gandy, following their Smokefree Rockquest and Pacifica Beats wins.

"They believe in their identity as a metal band, their use of Te Reo is impressive, there's really nothing else like this in the world at the moment," agrees one of the Smokefree judges, Jeff Newton from NZ On Air. 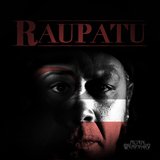 In 1863 the New Zealand colonial government passed a law enabling the confiscation of lands from anyone they deemed to be 'rebels'. In this way, millions of acres were stolen from their Maori owners, plunging these communities into poverty and changing the balance of power and the face of history in this country for ever. These unjust actions were called RAUPATU. (also see below form the official media release of the single)