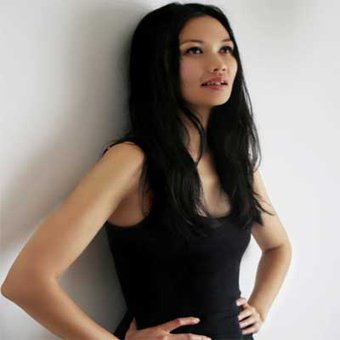 Bic Runga is one of the the highest selling artists in New Zealand music history, with her first two albums "Drive" and"Beautiful Collision" each selling 11 times platinum in her home country.

She has had top ten hits in Australia, Japan and Ireland and critical success in the U.K.

Since her first single ‘Drive' in 1996 - a top ten hit when she was just twenty - she has been awarded almost every musical honour in her country, including the prestigious APRA Silver Scroll Songwriting Award (the New Zealand equivalent of an Ivor Novello), a brace of Tui's (New Zealand's Grammys) and mulit-platinum discs.

She has shared stages with Neil and Tim Finn, members of Radiohead and Wilco. Her songs ‘Good Morning Baby' and ‘Sway' featured in the soundtrack of the 1999 film American Pie and in 2005 she appeared in the movie Little Fish (as a Vietnamese lounge singer) with Cate Blanchett and Sam Neill. In January 2006, The Queen made her a member of the New Zealand Order of Merit in the New Zealand New Year's Honours List.