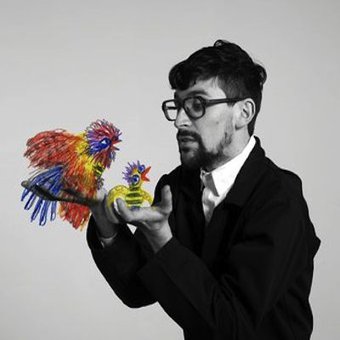 Dudley Benson (Ngati Pakeha) has been unassumingly making a name for himself through composing and performing music that is both beautiful and unique.

A former chorister at the Christchurch Cathedral, Benson released the Steam Railways of Britain EP and The Orders, Medals and Decorations EP through his own label Golden Retriever Records in 2006. Further public notice followed supporting slots for Casiotone for the Painfully Alone and Animal Collective.
It was Benson’s 2008 debut album The Awakening however, that announced his musical arrival in a subtle yet profoundly distinctive way. Deeply rooted in Benson’s native Canterbury, the album weaves forgotten local stories, the Southern landscape, New Zealand’s colonial past and personal history into an emotionally stunning song cycle. A testament to loss, the passing of time, and populated by ghosts from Benson’s memories, The Awakening is also playful, redemptive and uplifting.  Three years in the making and featuring choir, harpsichord, string and recorder quartets, the album was a critical success.
Its status was further confirmed by a breakthrough nationwide tour of New Zealand’s most beautiful churches with Benson and his choir and string quartet accompanied by karanga manu authority Dr Richard Nunns. Following the 2008 tour Benson composed a choral piece for Barbara Morgenstern’s Wassermusik festival performance in Berlin.
In 2009 he was commissioned by The Auckland Art Gallery to compose and perform a response to the Rita Angus national retrospective, Life & Vision, and on November 1st presented A Performance in Openness (In Three Parts), and shortly after published The Awakening: Supplementary Workbook - a collection of writing and artwork that expands on the album’s creative process.

In November 2010 Benson releases his second album, Forest: Songs by Hirini Melbourne, a collection of his interpretations of bird waiata by the renowned Māori composer. 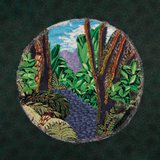 To try to encapsulate the wide-lensed Southern Gothic dreaming of Dudley Benson's pocket symphonies is to draw up musical fractions.