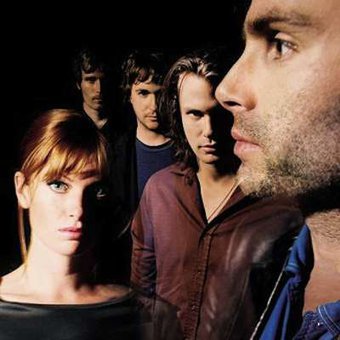 Geoff and Kirsten put a band together last minute for a friend's wedding. The band played "My Funny Valentine" 10 times in a row and no-one cared a jot.

Their debut album Riverhead was recorded above a peep show and dodgy massage parlour. It was released in NZ in late 2002 and then took a record-breaking 52 weeks to reach the No.1 spot. But as the saying goes, good things take time. Aided and abetted by the singles 'Maybe Tomorrow', 'Wake Up Brother' and 'Northern Lights, Riverhead spent over 70 weeks on the local sales charts and sold in excess of 50,000 copies.
In April 2005 Goldenhorse returned with their much-anticipated sophomore outing entitled Out Of The Moon, an engaging and eclectic collection of songs evincing a solid band dynamic and assured artistry. Out of the Moon debuted on the album charts at number 2 and has since sold over 25,000 copies thanks to strong support at radio and TV for the singles "Run Run Run", "Out of the Moon" and "Fish".
Kirsten Morell's singing is more sweetly intoxicating than ever before, while the band demonstrate an equally fine, intuitive grasp of atmosphere, texture and melody.
Maddock has pegged a couple of his personal favourites. "One is a song called 'Fish'. It was written earlier this year and it was the last one we recorded and I'm really proud of it. The song starts with a bang and then eases out. It's a little story and it ends in a beautiful way. The other track is a song of Kirsten's called 'Don't Wake Me Up', it's a rockin' along, disco-y kind of number and I'm really pleased with that as well. Those are two of the highlights for me at the moment."
The bands favourite gig since the wedding was at a Nano-Scientist's convention. There were 3 Nobel prize winners waltzing right up the front. 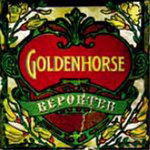 The third album from kiwi five piece Goldenhorse, featuring the new single Jump Into The Sun.