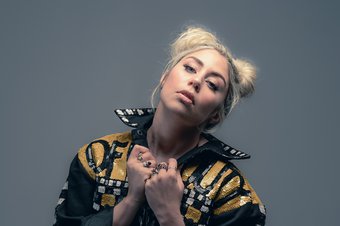 The New Zealand singer and songwriter has been making waves on the music scene since she first appeared in 2016 with her break-out hit ‘Roam’. She has gone on to amass a loyal fanbase across the globe, receiving critical acclaim from the likes of Pigeons & Planes, Clash Magazine and Billboard Magazine, which recently described Theia as “one of the most exciting voices in pop to emerge from New Zealand in the last five years”.

Theia has three EPs to her name, including her latest, the 99% ANGEL mixtape, which includes the singles ‘Kitty Kat’ and ‘Celebrity’. The mixtape is a blast of bass-heavy alt-pop, with a strong ‘gurl power’ theme running throughout.

“Theia’s new mixtape is a sweltering collage of neon mixes, delectable hooks, and gut-punching bass. But, if you listen closely, you’re thrust into a movement [of] weaponizing club music and re-defining a genre” – Pure Nowhere

Theia has opened for acts such as Sia, Mika, Portugal. The Man, LEON and Tones and I. She has also performed at many of New Zealand’s largest festivals and was one of the headliners at the 2000 Sydney Mardi Gras’ Heaps Gay party. During lockdown, she was a frequent performer on underground cyber club line-ups in the United States, including Subculture.

Since the release of her first record, Theia has received countless accolades, which include multiple nominations in the New Zealand Music Awards and the Waiata Māori Music Awards.

She has also twice made the final shortlist in the International Songwriting Competition – this year winning 3rd place (unsigned) for her song ‘Not Your Princess’. She was also recently awarded 2nd place in the Unsigned Only (Top 40/Pop) songwriting competition.

A staunch advocate for the revitalization of New Zealand’s native language, Māori, Theia recently launched a side project called TE KAAHU, in which she writes and records solely in te reo. 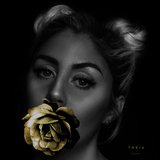 Theia's first official single &lsquo;Roam' was released in August, 2016. It clocked more than 1 million plays on Spotify in just six weeks and saw her enter the Global Viral ...